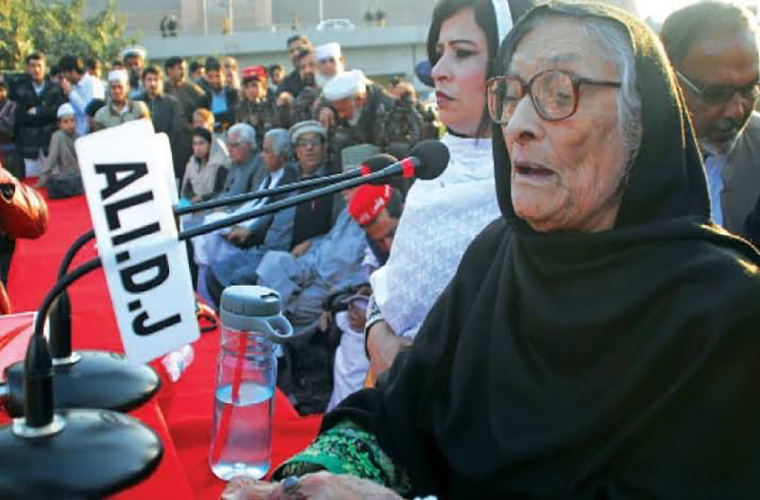 According to a tweet from ANP, the widow of ANP leader Khan Abdul Wali Khan died.

It further identified her as the former provincial president of the Awami National Party (ANP).

Later, the ANP announced a three-day mourning in Khyber Pakhtunkhwa.

For sometime, she had remained a top political figure of the province, to the level of kingmaker.

Finally, she developed differences with the ANP leadership owing to political reasons.

Resultantly, she founded Awami National Party-Wali (ANP-Wali but announced a merger with the ANP later.

Meanwhile, the ANP announced suspension of the party’s activities across KP amid mourn.

She appreciated Begum Naseem Wali as a symbol of resistance in politics.

Therefore, he noted a vacuum which he death has brought which nobody could fill.

Meanwhile, top government and opposition figures have offered condolences over her death.

The bigwigs of the state have expressed sympathy with the family and the party on her death.