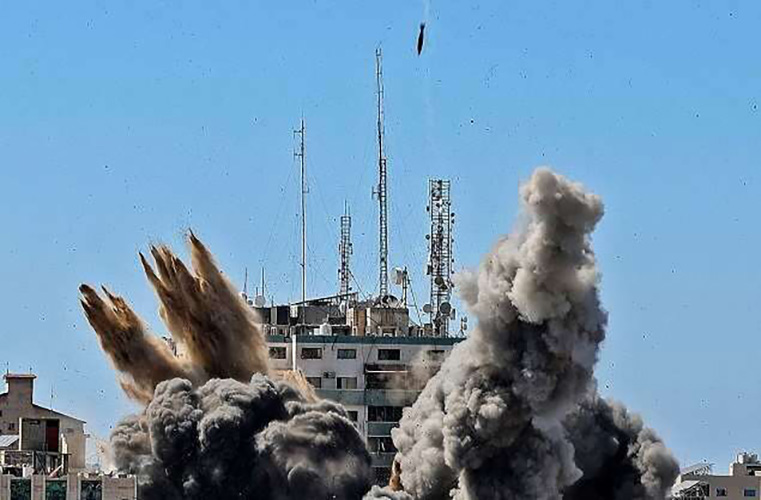 The building also contained a number of apartments and other offices.

According to a Reuters reporter, Israel had warned the owner of the building in advance of its missile strike.

According to an AP journalist, who confirmed that Israeli missiles destroyed the building.

The AP staff remained in shock although remained safe.

Death toll of Palestinians due to Israeli missile attacks rise to 139 so far.

They had violated the sanctity of the holy month of Ramazan, al Aqsa mosque and worshippers.

Palestinians began retaliating since then. However, Israeli regime had not repented. Instead, it chose to use disproportionate force against Palestinians.

Now, the Israeli missile attacks on Gaza go unabated with no sign yet of an end to their worst escalation since 2014.