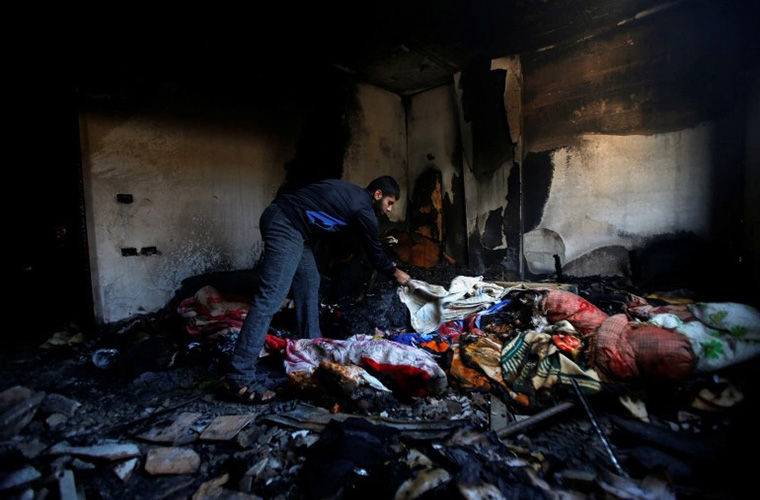 Death toll of Palestinians due to Israeli missile attacks rise to 140 so far.

They had violated the sanctity of the holy month of Ramazan, al Aqsa mosque and worshippers.

Palestinians began retaliating since then. However, Israeli regime had not repented. Instead, it chose to use disproportionate force against Palestinians.

Now, the Israeli missile attacks on Gaza go unabated with no sign yet of an end to their worst escalation since 2014.

In retaliation, Hamas and PIJ militants also fired barrages of rockets overnight and during the day at Israel.

According to Palestinians medics, at least 139 people, including 39 children, have been killed in Gaza since the conflict erupted on Monday.

The Israeli bombardment killed more than 15 Palestinians in Gaza overnight and on Saturday, medics said.

10 members of Palestinians among martyrs

Martyrs included a woman and four of her children who died when their house in a refugee camp was hit, while five other were also killed.

However, pro-Palestinian media reported all the 10 martyrs belong to the same family.

But Israel’s military falsely claimed that Hamas was using that apartment in the Beach refugee camp.

In Israel, thousands of Israelis ran for shelter. Sirens wailed repeatedly across Tel Aviv on Saturday. One rocket struck a residential building in the commercial hub’s suburb of Ramat Gan, killing a 50-year-old man, medics said.

In Gaza, Akram Farouq, 36, dashed out of his home with his family after a neighbour told him they had received a call from an Israeli officer warning that their building would be hit.

“We haven’t slept all night because of the explosions, and now I am out in the street with my wife and children, who are weeping and trembling,” he said.

The building also contained a number of apartments and other offices.

According to a Reuters reporter, Israel had warned the owner of the building in advance of its missile strike.

According to an AP journalist, who confirmed that Israeli missiles destroyed the building.

The AP staff remained in shock although remained safe.