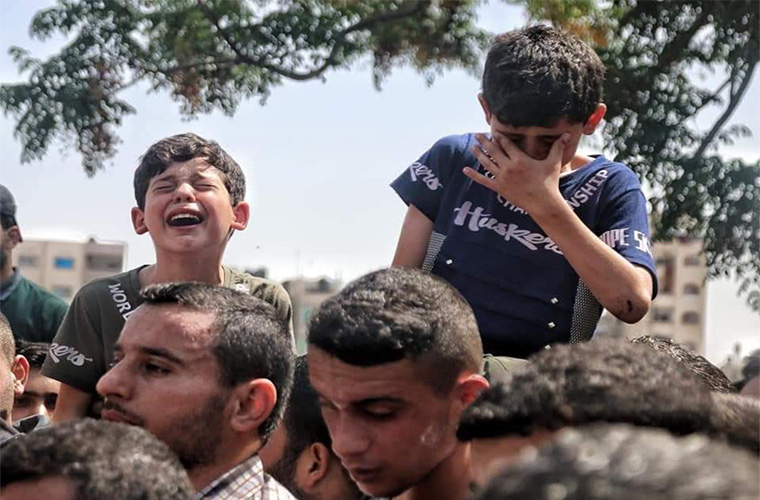 In a tweet on Wednesday, he voiced his concerns over the heart wrenching scenes coming out from Gaza.

He further said Israeli barbarism is enough to wake up the deaf and deaf world.

Over 100 Israeli airstrikes raise death toll to 49 in Gaza so far.

According to Reuters, Israel carried out hundreds of air strikes in Gaza on Wednesday (till this report).

At least 49 people embraced martyrdom in Gaza since violence escalated on Monday, according to the enclave’s health ministry.

A Palestinian source said truce efforts by Egypt, Qatar and the United Nations were continuing but without progress so far.

In Gaza, Israel destroyed a multi-storey residential building which collapsed.