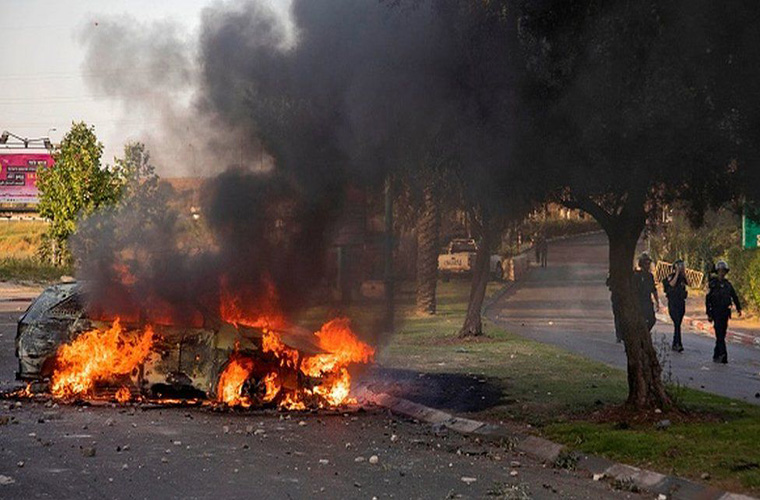 On Wednesday morning, Israel ordered a massive boost to police forces deployed in cities with Jewish and Arab populations.

The move came hours after a state of emergency declared in Lod, where intense Arab retaliation late Tuesday reportedly saw three synagogues and numerous shops torched, along with dozens of cars.

The rare emergency declaration in the central Israeli city prompted the urgent dispatching of several Border Police companies to work to restore order.

A state of emergency hands Israeli police officers more authority and freedom to operate in the locality.

They can close off areas of the city, enter any place to carry out their duties, and employ “reasonable force” to compel civilians to obey their orders.

Some Lod residents said power was cut in their homes and Molotov cocktails were thrown through their windows, Channel 12 news reported late Tuesday

Israeli police also acknowledged having to escort some residents from a community center to their homes amid Arabs retaliation.