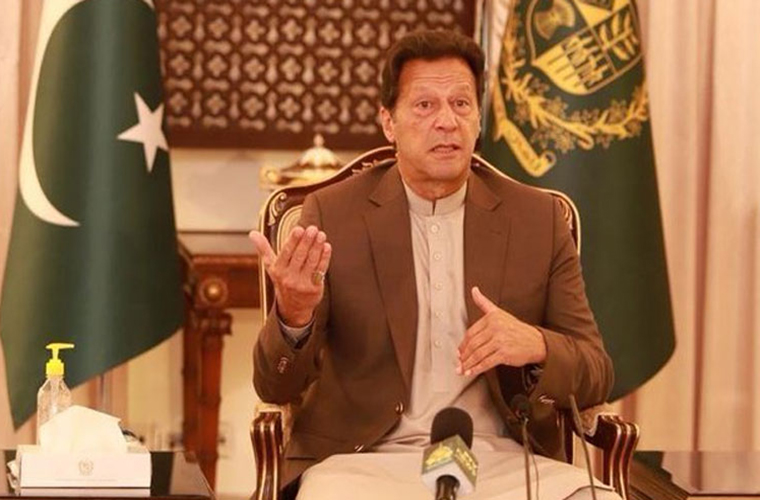 I am Prime Minister of Pakistan and I stand with Gaza: Imran Khan tweets.

Prime Minister Imran Khan on Wednesday expressed strong solidarity with Palestine, in condemnation of the use of brutal force by Israeli forces against the defenceless Palestinians in Gaza.

I am Prime Minister of Pakistan and I stand with Gaza

He posted a single-line loud and clear message in support of Palestinians.

Specially, doing so he joined the millions of Twitterati who posted the similar messages of support for the Palestine under attack by Israel.

Moreover, Imran Khan also shared an excerpt of the article written by Noam Chomsky, the American philosopher and historian.

Noam Chomsky had mentioned an old man in Gaza holding a placard that read: “You take my water, burn my olive trees, destroy my house, take my job, steal my land, imprison my father, kill my mother, bombard my country, starve us all, humiliate us all but I am to blame: I shot a rocket back.”

Meanwhile, the PM held a telephonic interaction with citizens Tuesday.

Those resulted in deaths and injuries of several innocent Palestinians including children.

Furthermore, the PM termed it a reprehensible action during the holy month of Ramazan.

It came following the increased restrictions on the fundamental freedoms of Palestinians and the attacks at Al-Aqsa Mosque.

Moreover, he had also called upon the international community to put an end to the blatant use of force and flagrant violation of human rights of the Palestinian people.