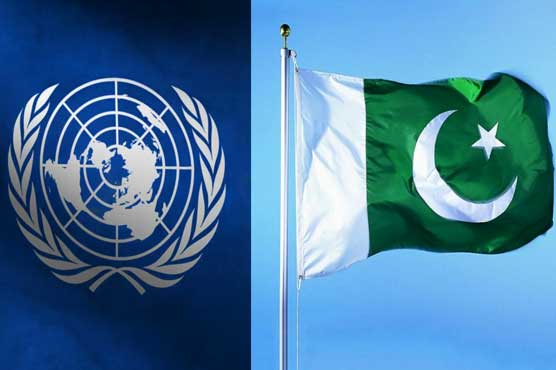 UN honours 336 personnel including 6 Pakistanis died in the line of duty.

The United Nations has honoured its 336 personnel who lost their lives in the line of duty during last year.

That remains the highest number ever in a single year.

To commemorate them, a memorial ceremony held online.

The participants, including the UN Secretary General Antonio Guterres paid tribute to civilian and uniformed staff.

They died because of malicious acts, natural disasters and other incidents.

Meanwhile, the UN Secretary General noted the year 2020 like no other in the history of the United Nations.

While speaking on the occasion, he said the world faced a merciless pandemic that continues to sow tremendous suffering.

Furthermore, he said millions of families lost loved ones while the UN family also no different.

Antonio Guterres said the personnel, who died in 2020, will never be forgotten.

He also underlined the UN commitment to continue reviewing and improving practices related to staff safety and care.

164000 people vaccinated against COVID 19 in a single day