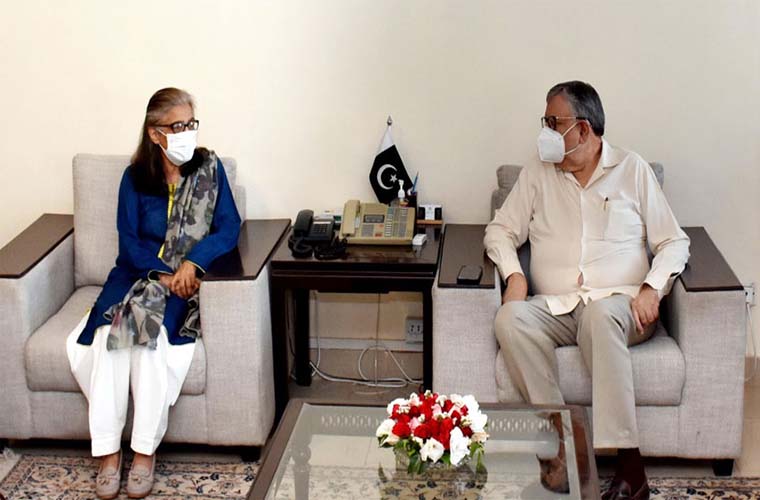 Short and long term plans for reformation of pay and pension system directed.

Finance Minister Shaukat Tarin has directed to chalk out short, medium, and long term plans for reformation of pay and pension system in the public sector.

He said this, while talking to Chairperson of Pay and Pension Commission Nargis Sethi.

The latter called on him in Islamabad on Friday.

He se said that will ensure meritocracy in recruitment and result in improved service delivery in the public sector.

Shaukat Tarin underlined the pressing need to rationalize the existing workforce and adhere to a performance driven compensation system for smooth transition to e-governance.

Moreover, he reaffirmed full support and facilitation to the Pay and Pension Commission.