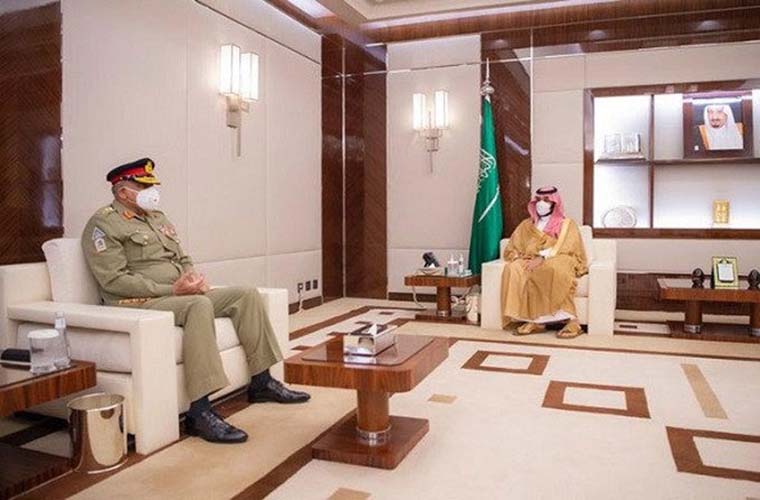 Chief of Army Staff General Qamar Javed Bajwa called on him in Jeddah on Friday.

While talking to the COAS, he further said both the nations will continue to play their part for peace, stability and betterment of Muslim Ummah.

Meanwhile, the Army Chief expressed Pakistan’s resolve in its commitment to safeguard the sovereignty and territorial integrity of Saudi Arabia.

Particularly, he expressed Pakistan’s commitment to defence of the two Holy Mosques.

During the meetings, matters of mutual interest, regional security situation came under discussion.

They are conducting an official visit on the invitation of Saudi Crown Prince Mohammad bin Salman bin Abdulaziz.

The two sides will also exchange views on regional and international issues of mutual interest.

Foreign Minister of Pakistan calls for responsible US troops pullout