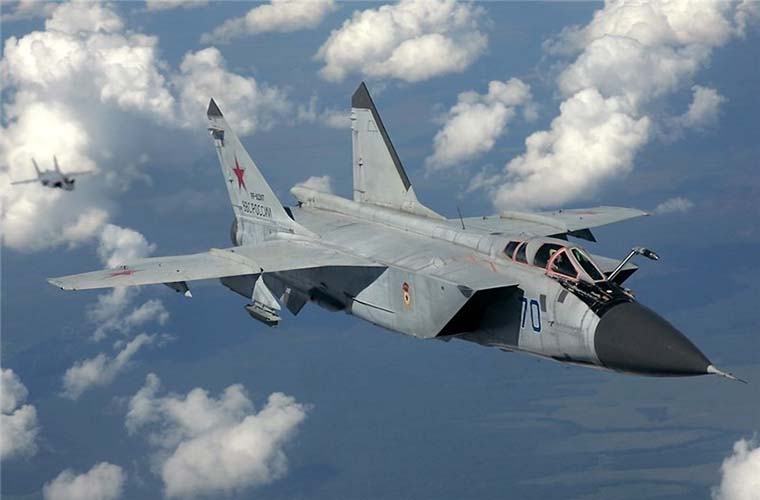 It scrambled a fighter jet by its far eastern border to escort a U.S. military plane.

This has come amid tensions continue to grow between Washington, DC and Moscow over tit-for-tat aircraft maneuvers.

The MiG-31 fighter took off to escort the U.S. Air Force RC-135 strategic reconnaissance aircraft over the Chukchi Sea.

Sea of Chukotsk or Chukchi , a body of water between the Arctic Ocean and the Bering Strait that separates Alaska from Russia.

According to Tass report, it said that its jet was scrambled from its Pacific Fleet “to identify the air target and prevent violation of the border of the Russian Federation.

It further stated that the flight of the Russian fighter carried out in strict accordance with international rules for the use of airspace.

It becomes Russia’s latest intercept of an American aircraft.

Amid simmering tensions, Moscow announced it would withdraw troops from its border with Ukraine. That came following deployments that caused global concern.

However, NATO has said that tens of thousands of Russian troops remain.

APHC demands immediate release of all Kashmiri leaders and activists