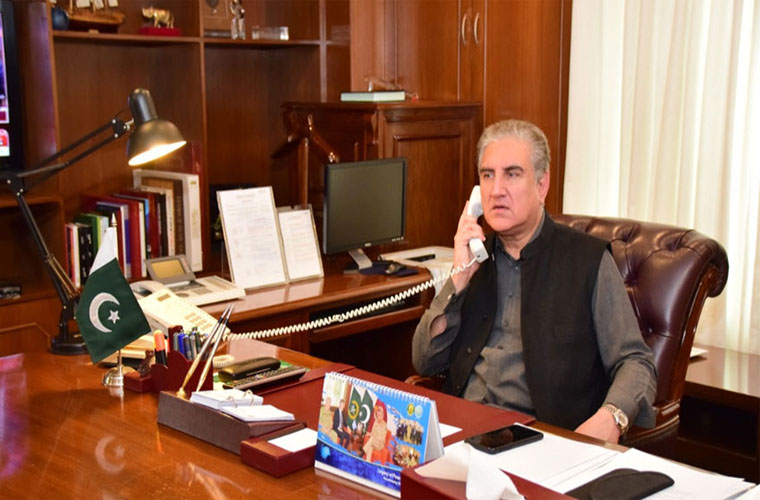 Foreign Minister Shah Mahmood Qureshi has emphasized this in a telephonic conversation with his Indonesian counterpart Retno Marsudi.

He underlined the need for greater cooperation amongst the members of OIC to combat Islamophobia.

The Foreign Minister said the OIC should work together on the issue.

He termed it necessary for making the international community understand the deep-rooted love and devotion of all Muslims for the Holy Prophet Hazrat Muhammad Sallallaho Alaihe Wa Sallam Khatim un Nabiyeen and the Holy Quran.

Furthermore, he said that disrespect towards revered Islamic personalities hurts the sensibilities of more than 1.5 billion Muslims around the world.

He noted that such actions not covered under legitimate expressions of the right to freedom of opinion.

The FM highlighted that Muslims unequivocally condemn all acts of violence or incitement to violence on the basis of religion or belief.

Besides, Shah Mahmood Qureshi urged that all ought to respect these notions.

According to him, Pakistan’s efforts aimed at creating awareness.

Moreover, he underscored that a global dialogue amongst civilizations, under the ambit of the United Nations, remain required to promote inter-faith harmony, tolerance and peaceful co-existence.

Meanwhile, Pakistanis have condemned French President over his support to blasphemous caricature.

They condemn violation of sanctity of Prophet Mohammad (PBUH).

AJK President calls for unity of Muslims against forces of division