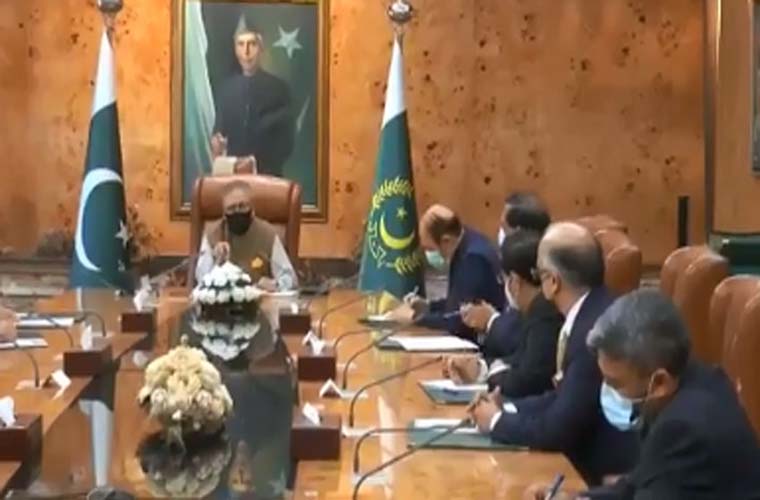 He told LCCI delegation that the government has provided historic stimulus package of Rs 1.2 trillion as economic relief.

He noted the package aimed to help business community and poor strata of society.

Meanwhile, the delegation informed the President about certain problems the business community is facing with.

The President assured the delegation that he would ask the concerned quarters to help address their problems.

Moreover, he told the delegation Pakistan’s economy, despite the pandemic, is performing well.

He said it evident from the increase in tax collection and a surge in exports.

Furthermore, he said exports during the last 10 months grew by 13 percent equal to $ 20.879 billion as compared to $ 18.408 billion during the corresponding period last year.

He said that revenue collection exceeded its target of Rs 3.637 trillion by more than Rs 143 billion during the last 10 months of the current Fiscal Year.

The President urged the business community to play its active role in encouraging businessmen to pay their taxes so that budget deficit could be reduced and more funds could be allocated for development work.

Meanwhile, the delegation appreciated the economic policies of the government, particularly the historic stimulus package provided during the pandemic.