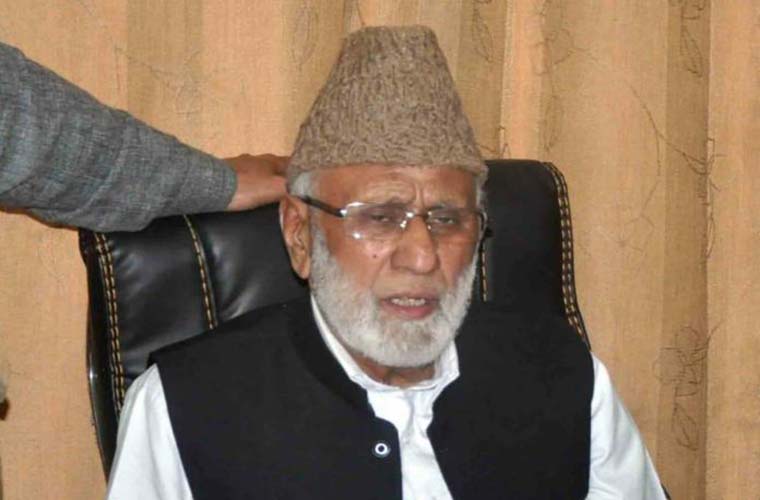 The Government and the people of Pakistan have expressed deep grief over the demise of senior All Parties Hurriyat Conference leader.

In a statement, the Foreign Office said the senior Kashmiri leader was arrested last year on trumped up charges under the draconian Public Safety Act in Indian Illegally Occupied Jammu and Kashmir.

It further said Ashraf Sehrai remained incarcerated in Indian jail under squalid conditions despite serious deterioration of his health and the prevailing COVID-19 crisis.

The Foreign Office said as the COVID-19 situation in India deteriorates, we also remain deeply concerned over the health and safety of the incarcerated Kashmiri leaders as well as other innocent Kashmiris, languishing in jails at undisclosed locations.

Moreover, it said most of these jails are overcrowded and don’t have any provision for precautions against the COVID-19.

It said reportedly, some of the Kashmiri leaders in Indian jails have already contracted Corona virus.

The further statement said unfortunately, they are not even provided any medical treatment. Given the worst pandemic situation in India, the Indian Government must immediately release the incarcerated Kashmiri leadership and all innocent Kashmiris.

The Foreign Office said many others remain under house arrest.

They include: Syed Ali Shah Geelani and Mirwaiz Umar Farooq.

It once again called upon the United Nations and International Committee of the Red Cross to urge India to drop all fabricated charges against political leaders of IIOJK.

Furthermore, the FO called for providing them complete legal protections, including the right to a free and fair trial.

It added that Pakistan, on its part, will continue to support the Kashmiri people in their rightful struggle against Indian oppression till the realization of their inalienable right to self-determination as enshrined in the UN Security Council Resolutions.