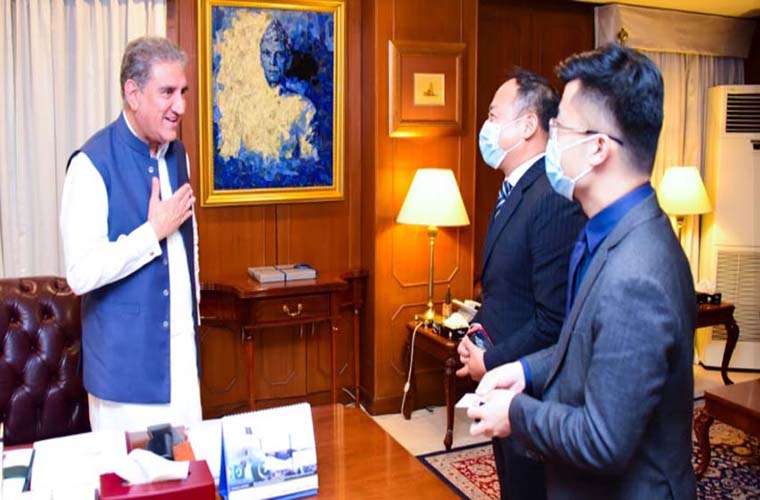 The delegation briefed the Foreign Minister on various projects and investments Huawei Technologies is undertaking in Pakistan.

He said Pakistan has vast investment opportunities in the technology sector.

Moreover, he said we are drawing the world’s attention to the investment opportunities available in Pakistan under economic diplomacy.

President called for knowledge economy and digitalization of govt bodies.

He emphasized the need for promoting knowledge-economy and digitalization of government organizations to enhance the efficiency of work and service delivery.

He further said that the government is making serious efforts to channelize this potential in the right direction.

Meanwhile, Li Xiangyu in his presentation informed that Huawei has contributed to Pakistan’s economy by providing 10,000 jobs and paying 120 million dollars in taxes.

Besides, it spent US $ 6 million to support disaster-relief efforts of the government.

He said Huawei has contributed to Pakistan’s Information and Communication Technology talent by providing 10,000 certifications in 2020.