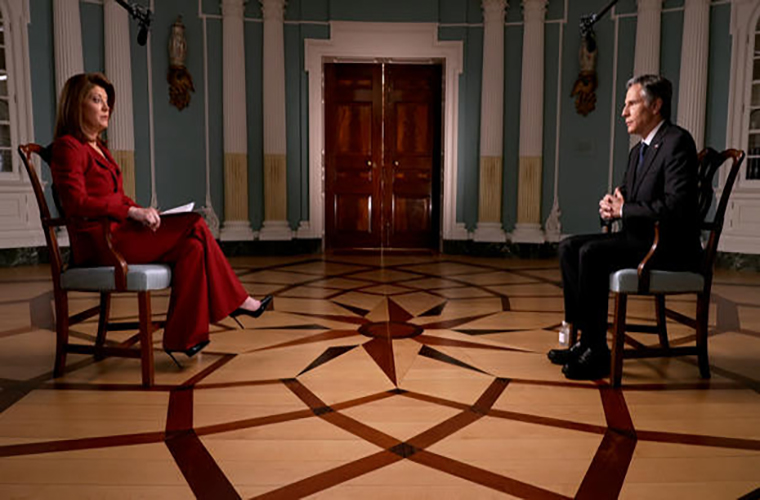 US Secretary of State Antony Blinken spoke of China in an interview that aired Sunday.

He said that an increasingly powerful China is challenging the world order.

He referred to China as acting “more repressively” and “more aggressively” as it flexes its influence.

The top American diplomat said this in an interview with CBS’s “60 Minutes.”

He further said that what we’ve witnessed over the last several years is China acting more repressively at home and more aggressively abroad.

Furthermore, he underlined it a fact.

His comments came after President Joe Biden, in his first address to Congress on Wednesday, underscored that he was not seeking conflict with Beijing.

Moreover, President Biden also said that they are not looking for conflict.

But Blinken’s viewpoint shows something else. He alleged China as the one country in the world that has the military, economic, diplomatic capacity to undermine or challenge the rules-based order that we care so much about and are determined to defend.

Although he said very clear about something… our purpose is not to contain China.

He clarified that they don’t aim to hold it back, to keep it down. But Blinken took shelter in the purpose “to uphold this rules-based order that China is posing a challenge to.”

Meanwhile, U.S. tensions have risen sharply with China over the past few years.