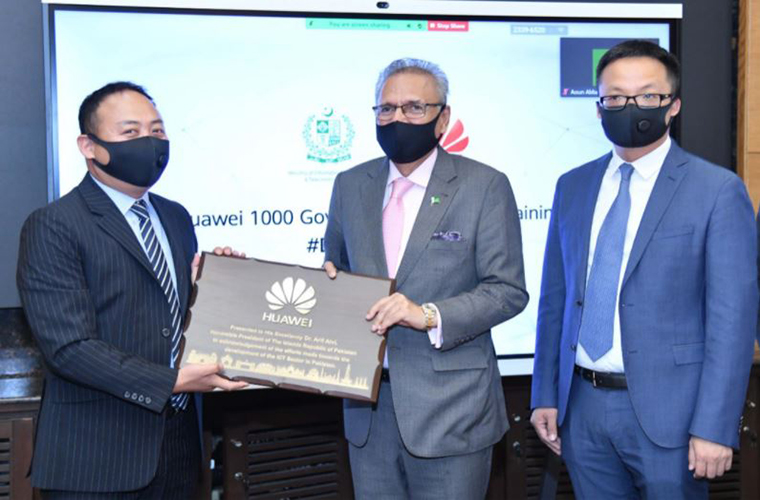 President calls for knowledge economy and digitalization of govt bodies.

He emphasized the need for promoting knowledge-economy and digitalization of government organizations to enhance the efficiency of work and service delivery.

President calls for knowledge economy and digitalization of govt bodies

President Dr Arif Alvi said this, while talking to a delegation of Huawei.

He further said that the government is making serious efforts to channelize this potential in the right direction.

Meanwhile, Li Xiangyu in his presentation informed that Huawei has contributed to Pakistan’s economy by providing 10,000 jobs and paying 120 million dollars in taxes.

Besides, it spent US $ 6 million to support disaster-relief efforts of the government.

He said Huawei has contributed to Pakistan’s Information and Communication Technology talent by providing 10,000 certifications in 2020.

Meanwhile, President Dr Arif Alvi once again has appealed to the people to follow the directions of NCOC.

In a tweet today (Monday), he said the same precautions also required to be observed at mosques, Imambargahs and processions.

Over 272120 Coronavirus patients have recovered in Pakistan so far