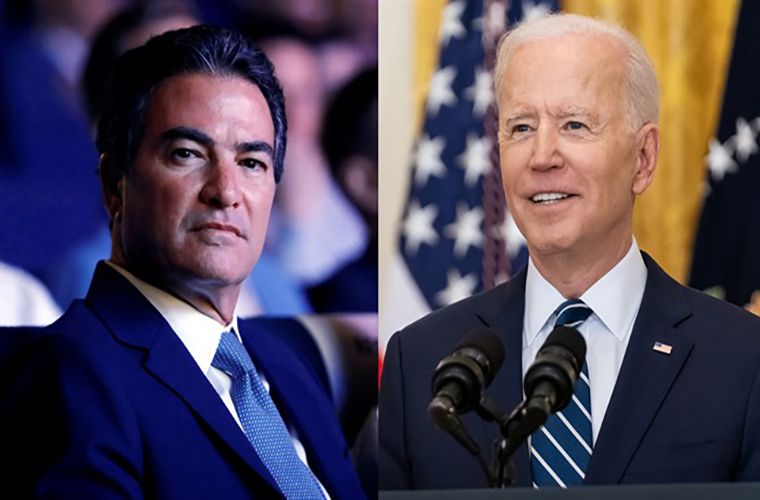 Mossad chief discusses Iran in an hour long meeting with US President in Washington DC.

According to Jerusalem Post, Mossad Director Yossi Cohen had a full hour-long meeting with US President Joe Biden over the weekend.

Channel 12 first reported late Saturday regarding an interaction between the two on Friday in the course of Cohen’s other meetings.

But the US State Department declined to comment on the meeting or even to confirm that it had taken place.

Next, a spokesman for the US National Security Council said that Biden had merely dropped by unplanned during another of Cohen’s meetings to convey condolences regarding the Mount Meron disaster.

This description appeared to attempt to underplay the significance of the meeting as less substantive and more a courtesy moment before getting on with the day’s work.

At least some Biden officials attempted to downplay the meeting.

But despite these after-the-fact characterizations, the Post claimed that actually, a full sit-down meeting had taken place.

That lasted an hour. That’s not a short meet and greet for the US president.

What is fascinating about this turn of events was that going into this week, Cohen’s role in the visit to the US had been continually reduced.

In February, he thought he would formally lead an Israeli delegation, potentially on the way to becoming the Iran project manager after he retires from the Mossad on June 6.

But then, National Security Council Chief Meir Ben Shabbat wrestled aspects of Iran policy away. Due to that the trip delayed repeatedly for two months.

In the meantime, Israeli army’s Chief-of-Staff, Lt. Gen. Aviv Kohavi seemed to be taking on a broader role.

Resultingly, Cohen was only going to meet with his counterpart, Burns, and Ben Shabbat, while Kohavi were going to participate in many other meetings.

No one was even talking about meeting Biden, who had not yet met in person with any Israeli official since his election.

The last-minute changes seemed to start when Kohavi dropped out, ostensibly to deal with the uptick in rocket fire from the Gaza Strip.

Then, there were messages that Ben Shabbat talked to Sullivan and other officials about a variety of US-Israeli issues, with Iran not necessarily being the focal point.

It seems that in the end, Cohen may have received his wish at the last moment, getting to speak directly to the president to put forward a serious and detailed argument.

None of this means that the US will necessarily change its current Iran policy.

Yet, whether this happened because Cohen impressed Biden’s team more than they expected.

Because Biden himself spontaneously surprised his team by reaching out to Cohen whom he has known for years. Or due to another reason, Israel got its “day in court” and in front of the most important “judge.”