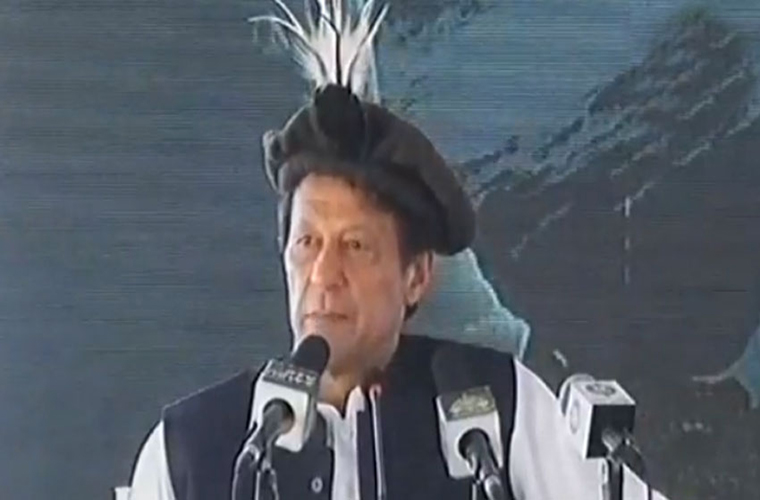 Prime Minister Imran Khan has announced this development package, while speaking at a ceremony in Gilgit on Friday.

He also announced the main features of the development package.

He further said it is the first time that such a big amount will be used for the development of this picturesque and strategically located region.

Besides, it focus connectivity projects for tourism, youth skill and scholarship program.

It also focus on p-gradation of health system and water and sanitation projects.

Furthermore, the PM said we will also support the development of small and medium enterprises in the area besides focusing on expansion of its infrastructure.

He said that the PTI govt would make effort to enable Gilgit airport receive international flights.

The PM also highlighted the immense and diverse tourism potential of Gilgit-Baltistan.

He said this development package will prepare the region to attract the tourists. That will benefit not only the local people but the whole country.

He expressed confidence that exploiting GB’s tourism potential will make it self-reliant.

Imran Khan emphasized the need for promotion of tourism in a planned manner to cultivate its true benefits.

He said the tourism in the region should not affect the forests and the mountains.

Moreover, the PM said the introduction of local government system in the region will help take forward the region.

He reaffirmed his commitment to transform the country by waging a successful struggle against the corrupt mafia.

He further said it is the first time that this mafia is being brought under the ambit of law.