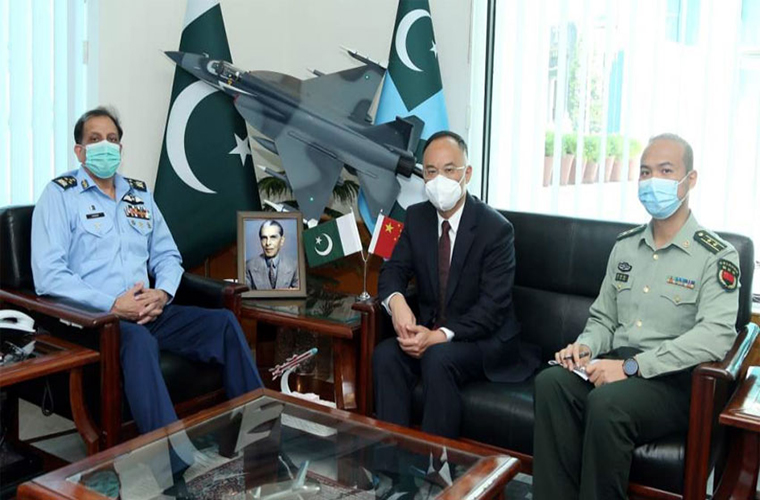 The ambassador congratulated the Air Chief on assuming command of the PAF.

Ambassador of China calls on Air Chief in Islamabad

Furthermore, he said that Pakistan Air Force would achieve new heights and glory under his inspirational leadership.

The Air Chief expressed his satisfaction on the existing cooperation between PAF and PLAAF.

Moreover, he reiterated that this cooperation would be further strengthened.

Various matters of mutual interests and bilateral cooperation also discussed during the meeting.

The former met the latter at the Naval Headquarters in Islamabad on Friday.

The Naval Chief also condoled with the envoy over the loss of precious lives in an accident that recently took place with the Indonesian submarine.

Supreme Court orders reopening of shopping malls across the country