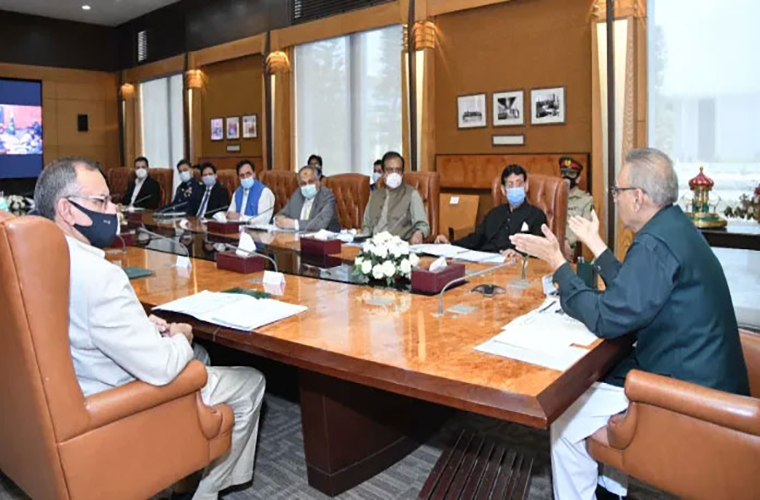 President Dr. Arif Alvi issued these directives, while chairing a meeting of the sub-committee on Emerging Technologies on I-Voting in Islamabad on Thursday.

He asked the Ministry of Science of Technology and other concerned organizations to expedite the process of developing Electronic Voting Machines.

He called the EVMs with advanced security features to ensure transparency in the electoral process.

Furthermore, the President underscored the need for introducing I-Voting system in the country.

That would not only facilitate overseas Pakistanis, but would also improve the efficiency and various other aspects of electoral process.

He briefed on the measures his ministry has taken with regard to manufacturing of EVMs.

On Wednesday, President Dr Arif Alvi has called for adopting modern beekeeping techniques and advance skills to enhance the yield and quality of organic honey produced in Pakistan.

He laid emphasis on this, while chairing a meeting on bee-keeping and honey production in Islamabad.

He called for it in addition to impart advanced training through NAVTTC and TEVTA.

The President said Pakistan has enormous potential as one of the largest producers of honey.

Pakistan has received $ 1.5bn from WB, ADB and AIIB: MoF