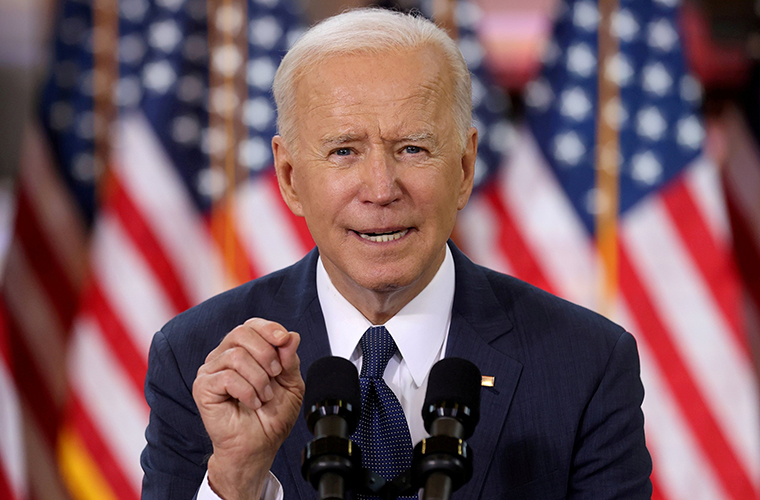 Joe Biden pledges to maintain a strong US military presence in Indo Pacific.

According to Reuters, President Joe Biden took aim at China in his first speech to Congress on Wednesday.

He pledged to maintain a strong U.S. military presence in the Indo-Pacific.

Furthermore, he promised to boost technological development and trade.

He noted China and other countries are closing in fast. He said we have to develop and dominate the products and technologies of the future.

And in a line that drew some of the strongest applause of the evening, he said, “There is simply no reason the blades for wind turbines can’t be built in Pittsburgh instead of Beijing.”

Biden has repeatedly identified competition with China as the greatest foreign policy challenge the country faces.

He and his fellow Democrats as well as opposition Republicans have all moved toward a harder line on dealings with Beijing.

Biden further said that America will stand up to unfair trade practices that undercut American workers and American industries, like subsidies to state-owned enterprises and the theft of American technology and intellectual property.

He also said he told Chinese President Xi Jinping that the United States will maintain a strong military presence in the Indo—Pacific “just as we do for NATO in Europe – not to start conflict – but to prevent one.”

While offering few specifics, Biden gave more attention to China than any other foreign policy issue in a speech largely focused on domestic policies.

However, it will also weaken U.S. own position in the Eurasia and Western Asia regions.

Because, China enjoys cordial and close relations with many countries, including Pakistan and Iran.

Although, U.S. counts support of India, Japan and South Korea in particular in the Indo-Pacific.

Besides, Australia and France also joined the U.S.-led military arrangements in that side of the Indo Pacific.