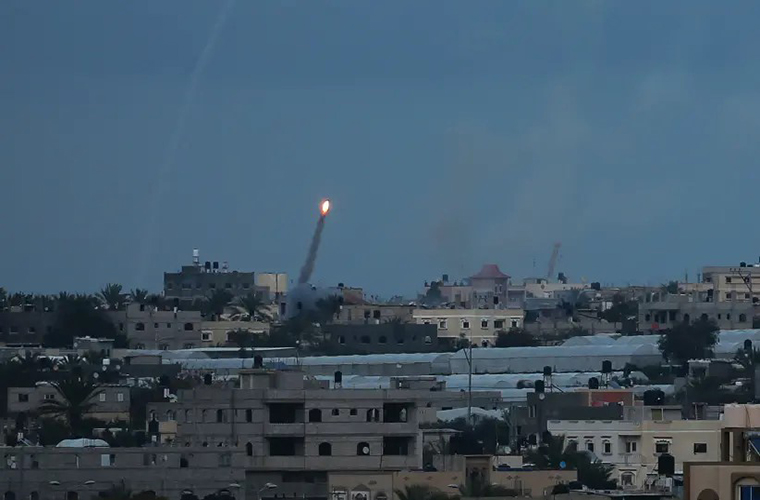 Rockets fired into Israel in reaction to attacks on Palestinians in occupied Quds (Jerusalem).

The rocket barrage on Monday follows the launching of two other rockets from the Gaza Strip Sunday night.

Meanwhile, rocket sirens went off in Sderot and in the Gaza border area in the early hours of Monday morning.

Rockets fired into Israel in reaction to attacks on Palestinians

Its army claimed that they intercepted two of the rockets. However, they could share a video of one interception on social media.

Moreover, they said that the third rocket fell in an open area near Gaza.

The first rocket landed in an open field between Netiv HaAsara and Kibbutz Erez, Ynet reported.

The second rocket also landed in an open area in the Gaza Envelope.

No injuries or damaged property reported.

Meanwhile, the Coordinator of Government Activities in the Territories (COGAT) announced closure of fishing zone along Gaza.

It announced early on Monday for closing the fishing zone along the coast of the Gaza Strip completely starting at 6 a.m.

Earlier in the night, COGAT had announced restricting the fishing zone from 15 to nine miles.

Israel blamed that the recent rockets came as the latest in a series of barrages launched into Israel from the Hamas-controlled coastal enclave over the weekend.

However, it seems the red alert app may have failed to notify Israelis this time.  Around 40 rockets launched since the weekend.