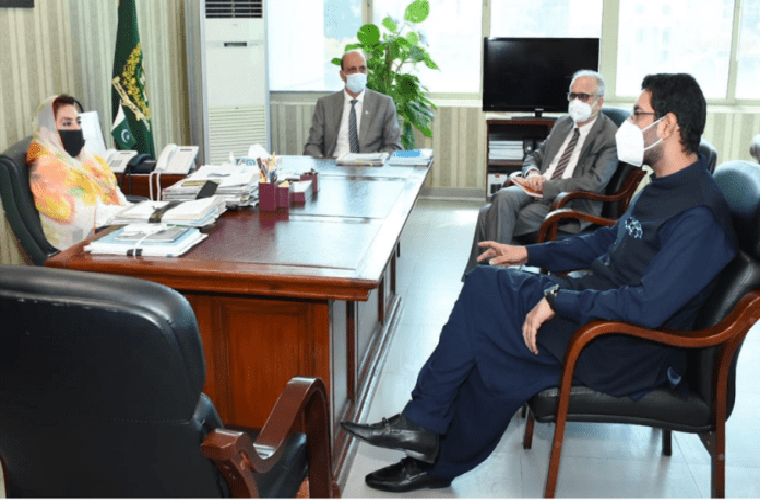 FIFA normalization committee member calls on Minister Fehmida Mirza at her office in Islamabad on Monday.

She reiterated the government’s policy of non-interference in the affairs of PFF.

Furthermore, she said that the government had been strictly following the policy of neutrality and impartially in the matter of PFF.

Dr Fehmida lamented that the present turmoil has caused irreparable loss to the game of football in Pakistan.

Therefore, she said that the government wants a peaceful resolution of the matter while upholding the international obligations

She said the government was trying to act as a facilitator to accelerate the process of settlement of the dispute in an amicable manner.

Fehmida Mirza said the government hoped on vacating of the Football House in compliance with the direction of the FIFA.

She further said that the normalization committee may follow the FIFA road map and the time frame for conducting the elections in a fair, free and transparent manner.