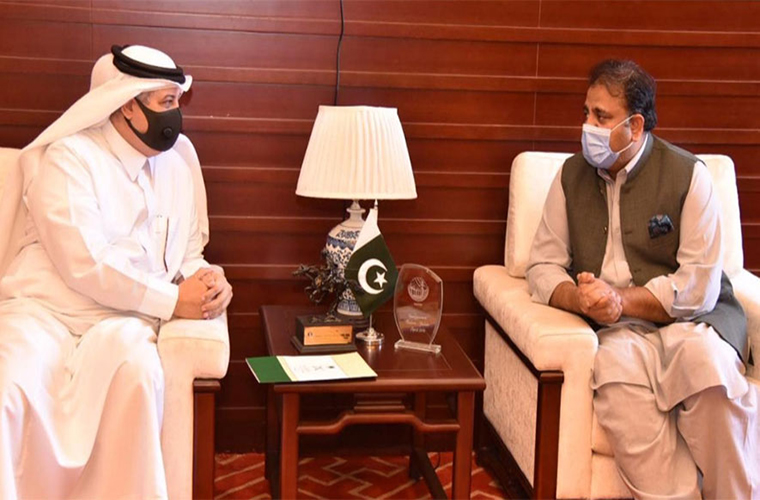 Chaudhary Fawad Hussain called for enhanced cooperation between Pakistan and Saudi Arabia in the fields of culture and media for bringing people of the two nations closer.

During the meeting, both sides laid emphasis on revival and implementation of MOUs signed between the two countries to strengthen cultural cooperation.

Moreover, both sides also discussed the situation arising out of Covid-19.

The further exchanged views on utilizing each other’s experiences and best practices to cope with the pandemic.

In his letter, the Saudi Minister stated on the occasion of Holy Month of Ramazan, he desired to invite the Minister to visit Saudi Arabia.

The Information Minister accepted the invitation and said he would soon visit Saudi Arabia.

Furthermore, he said Pakistan and the Kingdom of Saudi Arabia enjoyed deep fraternal ties based on common faith, culture, traditions and values.

He said he would like the media dimension added to these ties.

Forces involved in conspiracies against CPEC will not succeed: Minister

Met expects hot and dry weather in most parts of country