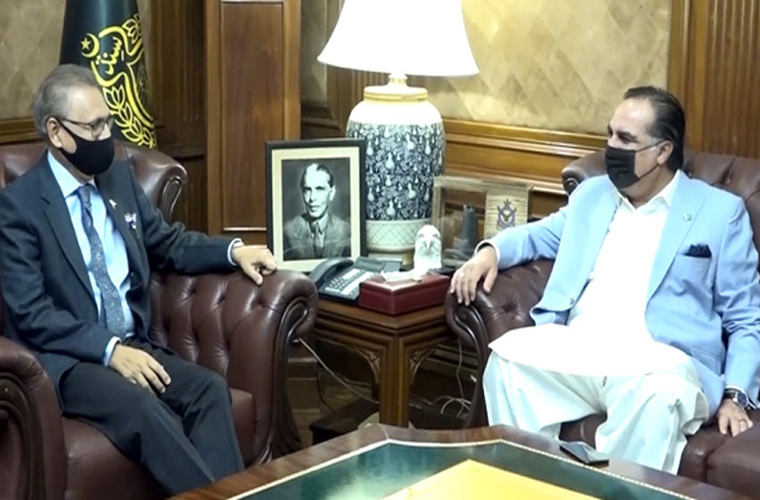 President Alvi underlines prosperity of people of Sindh priority of the PM.

He shared this, while talking to Governor Sindh Imran Ismail, who called on him in Karachi on Friday.

They exchanged views on the projects which the federal government for the province initiated.

President Dr. Arif Alvi noted progress and prosperity of the people of Sindh a priority of Prime Minister Imran Khan.

He said the federal government is taking all possible measures to address problems of people.

He referred the projects launched for public welfare a manifestation of it.

Moreover, he said solution to problems of the province lies in mutual consultations and reconciliatory approach.

He further said representatives of all political parties will have to demonstrate a responsible behavior to address issues of people.

Meanwhile, President Dr. Arif Alvi reiterated Pakistan’s resolve not to hold any dialogue with India until it reverses its August 5, 2019 decision in the Indian Illegally Occupied Jammu and Kashmir.

He expressed these views during an interview with Voice of America.

He further said recent ceasefire agreement with India has nothing to do with Pakistan’s policy on Kashmir.

Moreover, he also replied to a question regarding the growing Islamophobia.

The President said the growing Islamophobia in some European countries is causing clash of civilizations at a time when the world needs peace.