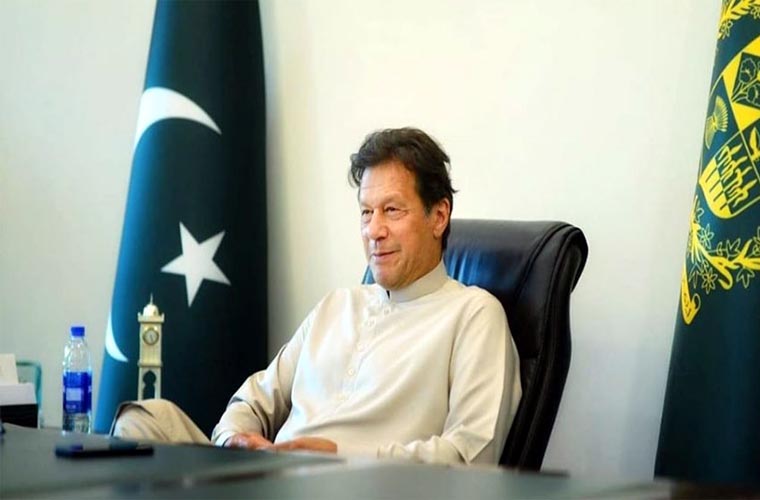 In this regard, Prime Minister Imran Khan has directed the Economic Advisory Council to present a road-map.

He sought the roadmap envisaging short, medium and long-term measures for economic stability and sustainable growth.

The PM directed this, while chairing a meeting of the Economic Advisory Council via video link in Islamabad on Thursday.

He further said the the road-map should aim to further organize important sectors of the economy.

Besides, they need to bring stability to prices.

He said instead of imposing more taxes on the people, out of box solutions should be suggested to provide relief to them.

Moreover, Imran Khan said reforms in the tax system and simplifying it is the priority of the government.

He said the Economic Advisory Council has been established to take advantage of the inputs of prominent economic experts in order to put the economy on strong footing.

The PM  said as a result of government’s steps, the business environment has improved and the confidence of entrepreneurs stands restored.

He said it has remained endeavor of the government to not only frame policies in consultations with the business community but also ensure their continuation.

Meanwhile, Prime Minister Imran Khan will launch a program on Thursday for the empowerment of fishermen.

The program will be executed in cooperation with the Ministry of Maritime Affairs under Kamyab Jawan Program.

He said the scheme also includes loans to the fishermen on easy installments.

Furthermore, Usman Dar regretted that the fisheries sector was neglected by the previous governments.

On the other hand, Prime Minister Imran Khan has expressed the commitment that Pakistan will not allow the scourge of terrorism rise again.

In a tweet on Thursday, he said he is deeply saddened by the loss of innocent lives in the condemnable and cowardly terrorist attack in Quetta last night.

He further said our nation has made great sacrifices in defeating terrorism.

The Prime Minister said we remain alert to all internal and external threats.

He said he himself monitored the situation late last night.

Moreover, he directed the Ministry of Interior to investigate the incident from all its aspects and reach the depth of the matter.