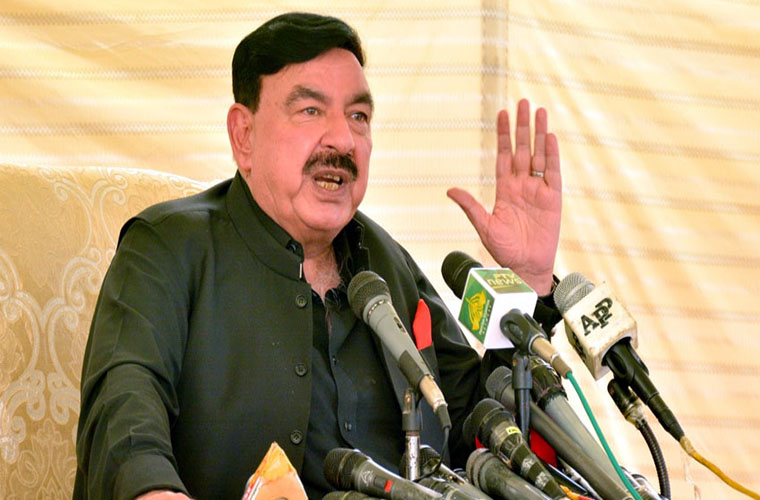 He cited that outlawed Tehreek-e-Taliban Pakistan (TTP) has claimed responsibility on social media.

Furthermore, he said that five persons embraced Shahadat while 15 others injured in the incident.

Sheikh Rashid Ahmad said he has directed relevant quarters to complete investigation into the incident at the earliest.

He further said the government will ensure law and order situation in the province.

The Minister said that 250 to 300 thousand fake social media accounts from India remain active in disturbing peace in Pakistan.

He said that the enemies of Pakistan want to destabilize the country and its development.

But he vowed to thwart their sordid designs.

Sheikh Rashid said Pakistan will continue its journey toward development under the leadership of Prime Minister Imran Khan.

Meanwhile, he appreciated the sacrifices rendered by Pakistan Army to purge the country of terrorism.

He further said that twenty-two security institutions under the interior ministry have been issued directions to put security on high alert at major cities.

Earlier , Quetta Serena Hotel blast killed four and injures 12 people on Wednesday night.
According to official sources, a powerful bomb exploded in the parking lot of the Serena Hotel in Quetta.
Moreover, DIG Azhar Ikram said that the explosive device apparently fitted in a vehicle.
GTV