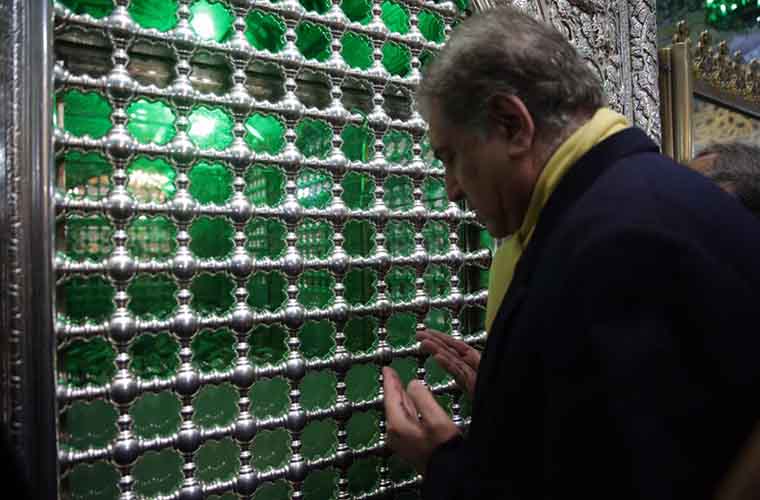 Pakistan’s Ambassador to Iran Rahim Hayat Qureshi and other senior officials of the embassy accompanied him.

He will also visit Pakistani consulate in Mashhad and meet the officers and staff there.

Moreover, he met and conferred with his Iranian counterpart Mohammad Javad Zarif on Wednesday evening.

On the sidelines of this meeting, the Iranian and Pakistani top diplomats signed a memorandum of cooperation for establishment shared border markets.

Those aimed at facilitating the economic transactions of the two countries’ border region residents.

Meanwhile, Pakistani Foreign Minister described his visit to Iran as beginning of a new phase in the development of relations.

He attached importance to the visit, while underlining mutual resolve on Afghan peace as unique and exemplary.

According to Public Relations Department of Pakistani Foreign Ministry, Shah Mehmood Qureshi just before leaving for Mashhad on Thursday explained the most important points of his meetings in Tehran.

He also explained key points of talks with high-ranking officials of the Islamic Republic of Iran.