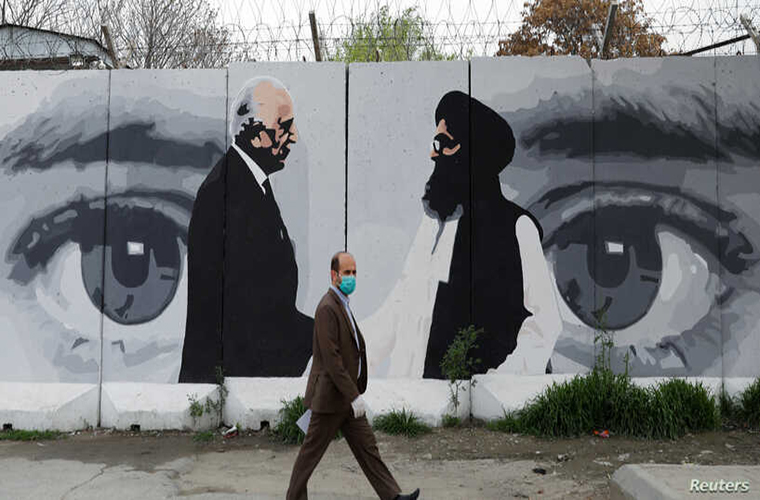 Afghan peace conference postponed due to non participation of Taliban.

The much-awaited Istanbul Conference on Afghan peace process postponed due to the Taliban’s non-participation till the end of holy month of Ramadan.

Afghan peace conference postponed due to non participation of Taliban

In an interview with a local news channel, Turkish Foreign Minister Mevlut Cavusoglu said we thought that it should postpone.

He said we consulted Qatar, the United States and the United Nations.

Furthermore, he said that finally we decided to hold it after Ramadan and Eid festivities.

The Turkish Foreign Minister said the conference would be meaningless without the Taliban joining.

Meanwhile, an Afghan government spokesman declined comment on the matter.

However, Taliban spokesman Mohammad Naeem said in a text message that they did not have any information about the postponement.

Moreover, he said he could not say anything about future dates for the conference post Ramadan.

The US State Department spokesman, Ned Price did not confirm the postponement. But he said that broader diplomatic efforts will continue.

Meanwhile, US National Security Adviser, Jake Sullivan says no one can offer guarantees about Afghanistan’s future after US troops leave.

But he added that Washington would stay focused on any terrorist threats emanating from there.

He expressed these views, while speaking in a TV program.

He further said Washington will provide Afghan security forces, government and people the resources, training and capabilities to deal with any threat that reconstitutes.

Britain Treasury expands scope of its measures against Hezbollah