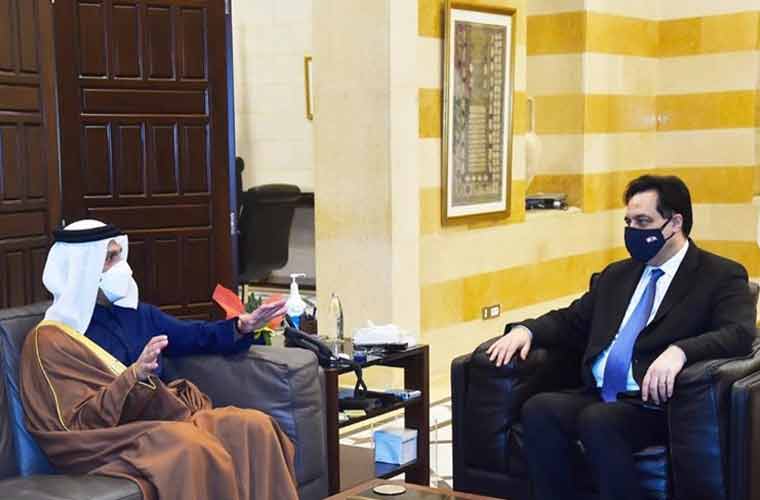 The meeting took place in the presence of Ambassador Farah Berri and Prime Minister’s Advisor,

Khodor Taleb, with talks reportedly touching on areas of cooperation between both countries.

Hassan Diab arrived Sunday evening at Hamad International Airport, Doha, as part of his official visit to the State of Qatar.

Accompanied by his First Advisor, Khodor Taleb, Diab was received by Minister of State for

The Lebanese Premier then headed to the designated residence at the Four Seasons Hotel, Doha.

WHO rebuffs US President Trump allegation against China on Covid19