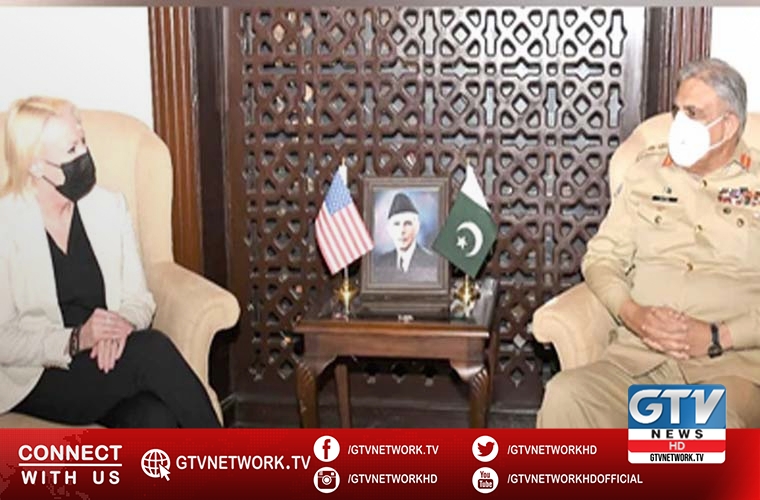 Chief of the Army Staff General Qamar Javed Bajwa welcomed this, while talking to the US Charged’ Affairs Angela Ageler.

The latter called on him in Rawalpindi.

Meanwhile, he underlined a prosperous, stable and peaceful Afghanistan in the best interest of Pakistan in particular and region in general.

He also hoped for greater Pak-US bilateral cooperation in all domains in future.

Meanwhile, the US Charged’ Affairs appreciated Pakistan’s sincere efforts for bringing peace and stability in the region, especially the Afghan Peace Process.

Moreover, she also assured of US continued assistance for the common cause of peace in Afghanistan.

In this regard, the Foreign Office spokesperson said the withdrawal coincided with the progress in the peace process.

He said that Pakistan supported the principle of responsible US troops withdrawal from Afghanistan in coordination with Afghan stakeholders.

He expressed these views, while responding to media queries on US President Joe Biden’s announcement of US troops’ withdrawal.

China expresses serious concerns over the deteriorating situation in IOJK