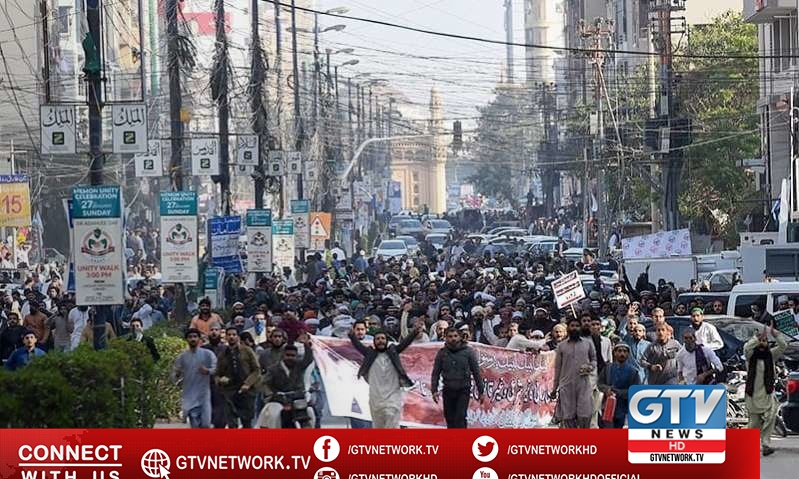 The government has formally declared Tehreek-e-Labbaik Pakistan as a proscribed organization.

Besides, it placed the TLP in the First Schedule under Section 11 B (1) of the Anti-Terrorism Act.

According to a notification issued from the Interior Ministry today (Thursday), the federal government has reasonable grounds to believe that TLP is engaged in terrorism.

Furthermore, it stated TLP acted in manner prejudicial to the peace and security of the country, involved in creating anarchy in the country by intimidating the public.

Besides, it caused arson, blocked essential health supplies to hospitals, threatened the government, and created sense of fear and insecurity in the society and the public at large.

The religious scholars from different schools of thought have strongly condemned the ongoing violent protests by Tehrik-e-Labaik Pakistan (TLP), describing them as immoral, inhumane, un-Islamic and unconstitutional.

Referring to different Islamic injunctions, the Ulema believed that killing and injuring the police officials, road blockades, violence and disruption of normal life in the name of Holy Prophet Muhammad (Peace Be Upon Him) and for fulfillment of their demands was in no way permissible by Islam.

In their video messages, they were unanimous in the view that violent protests and attacks on the personnel of army, police or other security institutions, who provide masses with security and protection, should in no way be allowed by the government.