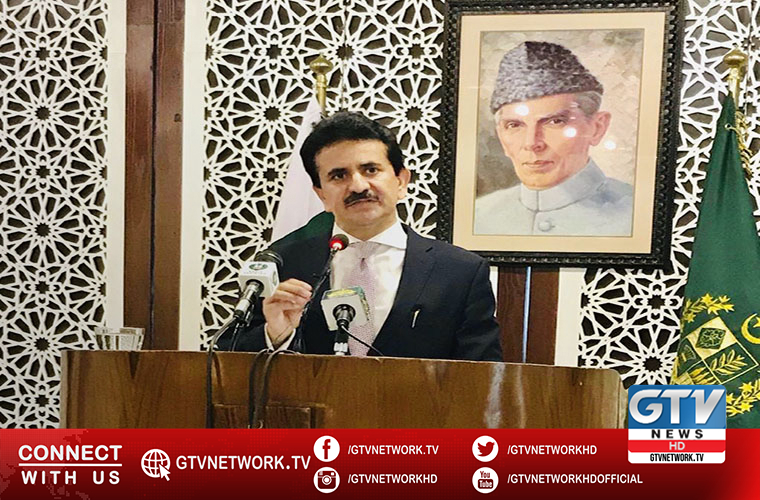 In this regard, the Foreign Office spokesperson said the withdrawal coincided with the progress in the peace process.

He said that Pakistan supported the principle of responsible US troops withdrawal from Afghanistan in coordination with Afghan stakeholders.

Pakistan supports US troops withdrawal in coordination with stakeholders

He expressed these views, while responding to media queries on US President Joe Biden’s announcement of US troops’ withdrawal.

Biden announced withdrawal from Afghanistan beginning from May 1, 2021 to complete on September 11, 2021.

The FO spokesman further said Pakistan had been consistently supporting and facilitating the efforts for durable peace and stability in Afghanistan.

“We believe there is no military solution to the conflict in Afghanistan and a negotiated political solution through an Afghan-led and Afghan-owned process is important for lasting peace and stability in Afghanistan.”

The spokesperson said the US-Taliban Agreement of February 29, 2020 laid foundation for a comprehensive intra-Afghan peace agreement including a permanent ceasefire for bringing an end to violence in Afghanistan.

He hoped that the forthcoming meeting of Afghan leadership in Turkey would be an important opportunity for Afghans to make progress towards a negotiated political settlement.

In this regard, he further said, we support the principle of responsible troop withdrawal in coordination with Afghan stake-holders.

Moreover, we also hope the U.S. will continue to urge the Afghan leaders to seize this historic opportunity for achieving a political settlement in Afghanistan,” the spokesperson remarked.

He said Pakistan had consistently reiterated that peace and stability in Afghanistan was in its interest.