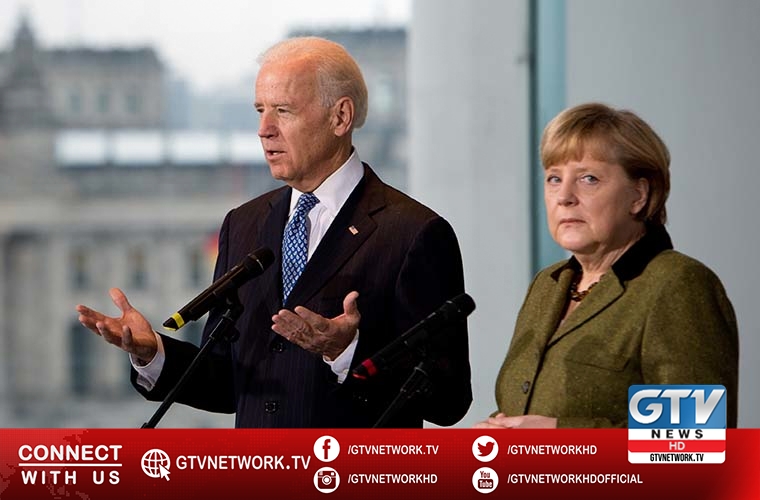 US Germany agree to call on Russia to reduce troops on Ukraine border.

The United States and Germany have reached this agreement during a phone conversation between US President Joe Biden and German Chancellor Angela Merkel.

Both sides wanted to urge Russia to reduce its troops on the border with Ukraine.

Furthermore, they agreed that reducing the number of Russian troops would help bring ‘a de-escalation” of tension in the region.

Meanwhile, both the leaders expressed concern about the build-up of Russian troops on Ukraine’s borders.

They also expressed similar vies for what they said occupied Crimea.

Moreover, they reaffirmed their support for Ukraine’s sovereignty and territorial integrity.