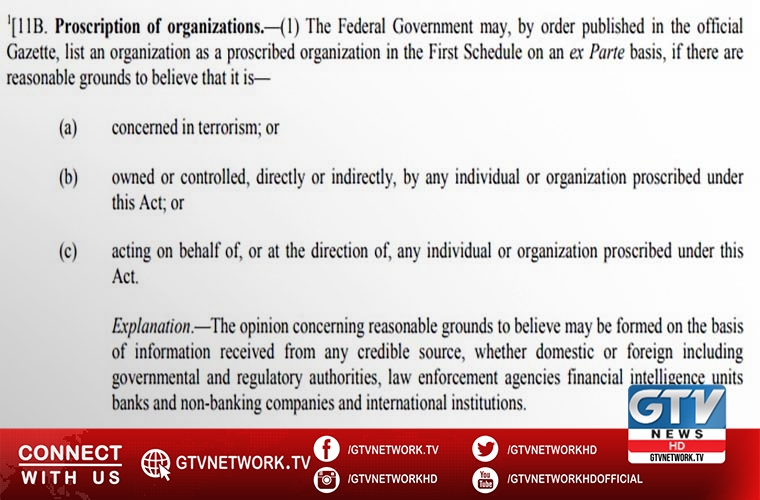 In a major move, the government made this announcement on Wednesday.

The announcement came after TLP’s two days of violent clashes and road blockades on key highways and motorways.

TLP workers were protesting across the country following the arrest of its top leader.

While addressing a press conference, the Interior Minister said the government placed ban on the TLP under Section 11 B of the Anti-Terrorism Act 1997, on the recommendation of the Punjab government.

In this regard, they had moved a summary to the federal cabinet.

“Today we have decided to ban TLP and we will get the approval of the cabinet,” Sheikh Rashid Ahmed told at a news conference.

Sheikh said several rounds of talks were held with the TLP leaders however the party remained stuck to its stance.

He said on the one hand they were talking, and on the other directing their workers to prepare for a march on Islamabad, with full force.

All the stakeholders nodded ban on TLP

Sheikh Rashid also told a news channel that the decision to ban the party has the nod of all the stakeholders.

The government made this decision after thorough deliberations.

He said there were several other religious parties in the country, but none resorted to such violent behavior.

He said only in the past few years, the TLP has held several violent protests, bringing the entire country to a grinding halt.

Furthermore, he expressed optimism that the ban on the TLP would be announced in the next few days, after the cabinet gives it a go-ahead.

An official source said the summary of the Interior Ministry has been sent to the Prime Minister and after his approval will be circulated amongst the members for their consent.

Moreover, he pointed that this matter belongs to the hearts of the entire 20 million people of this country.

He said the government remained committed to table a bill on Namoos-e-Risalat in the National Assembly.

The minister further said there was absolutely no question on the issue of “finality of Prophethood (Khatam-e-Nabwat).”

Besides, he said no Muslim, including him, could even think of deviating from it, even at the cost of their lives.

Earlier, the federal cabinet held its meeting on Tuesday. Therein it agreed on taking stern action against the miscreants for creating lawlessness and causing roadblocks on major roads.

That lawlessness was causing a serious threat to the lives and property of the people.