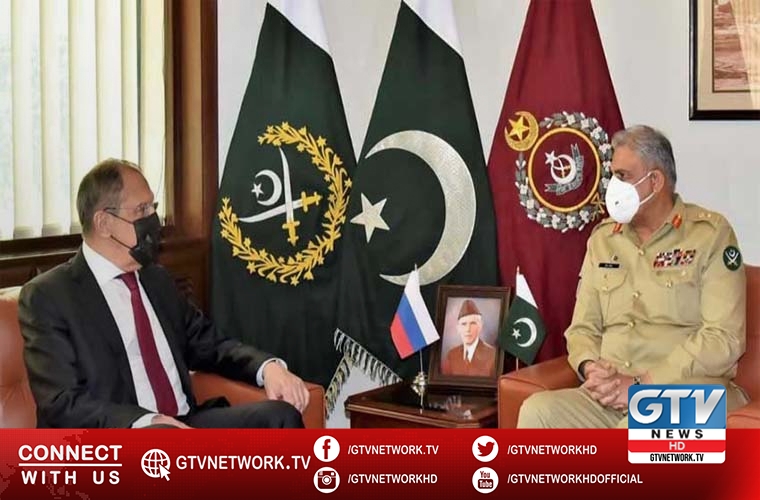 COAS tells FM Lavrov Pakistan has no hostile design towards any country.

Army Chief General Qamar Javed Bajwa said Pakistan welcomes all initiatives which can bring peace and stability in Afghanistan as the whole region will benefit from it.

He further said Pakistan has no hostile designs towards any country.

He said Pakistan will keep on working towards a cooperative regional framework based on sovereign equality and mutual progress.

During the meeting, various matters of mutual interest also came under discussion.