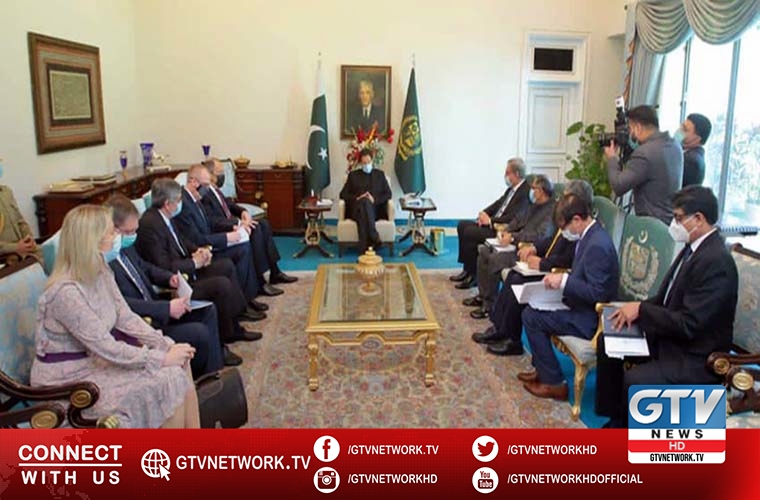 In this regard, Prime Minister Imran Khan has reaffirmed Pakistan’s resolve during his meeting with Russian Foreign Minister.

He also pledged to commence the work as early as possible.

He led a delegation of his country during the meeting.

The Prime Minister reiterated the importance Pakistan attaches to its relations with Russia as a key foreign policy priority.

He expressed satisfaction at the steady growth in bilateral ties, including deepening cooperation in trade, energy, security and defence.

During the meeting, they agreed that the Inter-Governmental Commission would closely pursue specific proposals and projects in this context in Moscow later this year.

Views were exchanged on the health and economic challenges posed by the COVID-19 pandemic.

The Prime Minister congratulated Russia on its development of Sputnik-V vaccine.

Moreover, he underscored Pakistan’s procurement plans in this regard.

In the regional context, the PM stressed the importance of a negotiated political settlement of the conflict in Afghanistan.

He said Pakistan appreciates Russia’s efforts in promoting the Afghan peace process including through the hosting of the recent meeting of Extended Troika in Moscow.

With reference to the situation in IIOJK, the Prime Minister shared Pakistan’s perspective on issues of peace and security in South Asia.

He also underlined the need for peaceful resolution of the Jammu and Kashmir dispute.

Both sided also exchanged views on situation in West Asia, the Gulf, the Middle East, and the Asia-Pacific region.

The Prime Minister reiterated his invitation to President Putin to visit Pakistan at his earliest convenience.