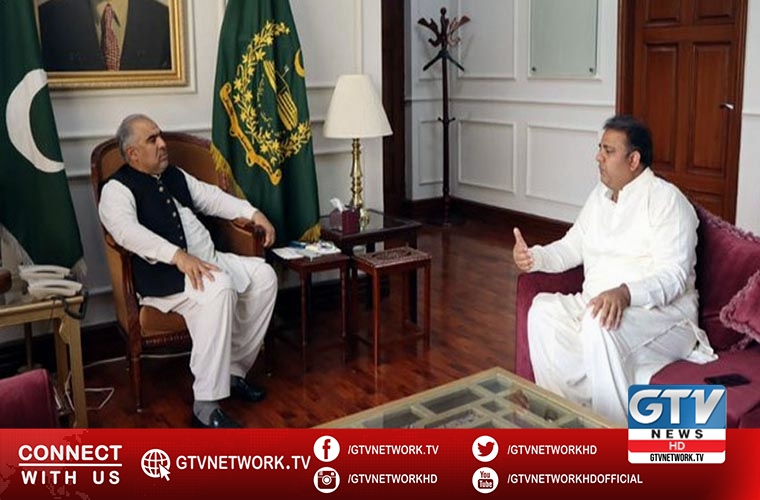 Speaker National Assembly Asad Qaiser asked all the political parties in the parliament to give their suggestions on electoral and judicial reforms.

He said this, while talking to Minister for Science and Technology Fawad Chaudhary.

The latter called on him in Islamabad on Tuesday.

He further said the opposition parties will be given ample opportunity in the house.

He was referring to time for detailed discussion on important national matters.

The speaker noted difference of opinion as essence of democracy. But he emphasized to move forward collectively on matters of national interests.

Meanwhile, Fawad Chaudhary said responsibility rests with both the government and the opposition to address the matters of national importance through negotiations.

Moreover, he said the opposition should play a proactive role in legislation and electoral reforms.