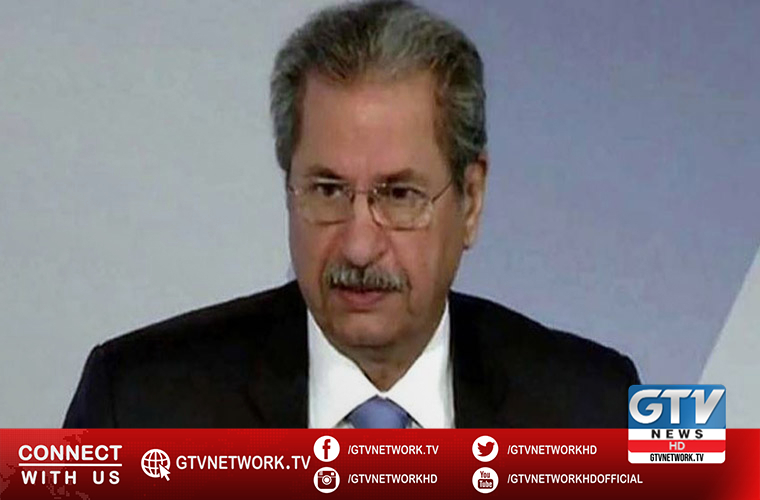 Closure of school classes from I to VIII extended till April 28 due to Covid19.

Minister for Education Shafqat Mahmood announced, while briefing the media after a meeting in Islamabad today.

He chaired the meeting of he provincial health and education ministers.

During the meeting, the government decided to extend the closure of school classes from one to eight in the districts whom  the COVID-19 has hit badly.

Shafqat further said the classes of nine, ten, eleven and twelve will resume from 19th of this month even in the affected districts.

However, he said resumption of classes would take place with strict compliance of Standard Operating Procedures.

He said they took this decision so that the students can prepare for their board exams.

Shafqat announced holding of the board exams this year. But the exams will not begin before the third week of the next month.

Moreover, the Minister said the universities will also remain closed in the affected districts.

Shafqat Mahmood said it is up to the provinces to decide the districts affected worst by the virus.

He pointed out that thirteen districts in Punjab have been affected by the pandemic.

The Minister said the exams of O and A Levels will also be held as per schedule with strict observance of the SOPs.

Shafqat Mahmood said the situation of the pandemic will be reviewed on 28th of this month, and any decision about the classes from one to eight will be taken accordingly.