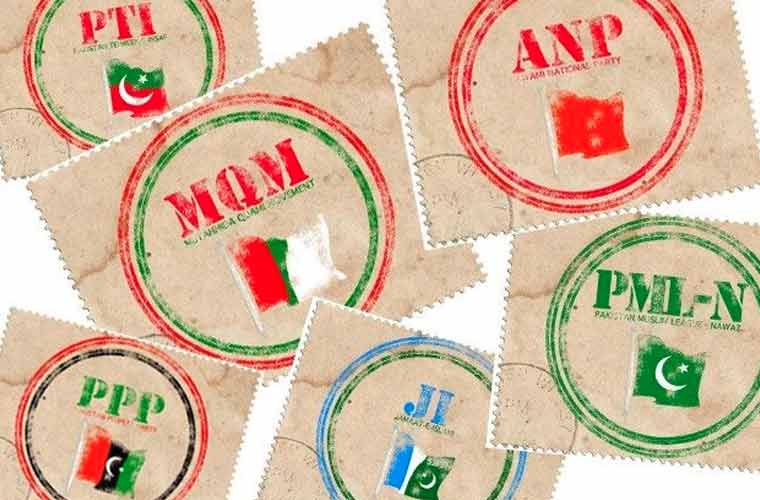 It is considered to be an enormous  paradigm shift where women are opting for professions which were prohibited in past .Similarly dynamics of politics are also in transitioning phase around the globe as  women can be seen on high positions ,running countries ,holding offices as  chief executives  of the countries.

Professional  environment seems to be very favorable in almost every aspect ,is that really so?.Despite of the fact that women of 21st Century are welcome in politics but the obstacles they face are more catastrophic than men have to face .There are still some elements contaminating political environment which is a threat  for  existence of  deserving women candidates in politics .

Unfortunately, this propaganda technique is used as a tool for female politicians of opponent parties . All political parties are playing their part in thriving this dirty political culture unapologetically.Sexists remarks , cross of moral  threshold in someone’s character assassinations is considered to be very normal in Pakistan’s politics. The nasty culture of political victimization  has been in practice by  all parties in Pakistan without any shadow of doubt from eons.If we look retrospectively ,from Mohtarma  Fatima Jinnah ,Benazir Bhutto to Maryam Nawaz and the list can go on and on .There are thousands of examples how female politicians have been ridiculed and demeaned for their political and   personal life within the political system they are part of, queerly even these women never dare to change the traditional way of politics in Pakistan but have been part of these type of mudslinging campaigns specifically designed for their political opponents which is ironic .

Recent example is from US Presidential Elections we have heard a lot about kamala Harris , she has been discussed and presented as a pretty face by simply ignoring her political intellect and career ,US  media was full of It.Even Uk’s national newspaper printed with headline” Why kamala harris is the modern beauty icon that world needs” ignoring her political intellect beauty was the focus .The dilemma here in Pakistan is we have a huge fandom for west media and blindly follow them without even realizing that we, culturally are two different poles of magnet. This might be acceptable for western media objectifying women  but here in eastern culture we are on different moral grounds Pakistani media  needs to understand this , which is intentionally or unintentionally part of this regime .Here in Pakistan , how female politicians  have been discussed in news and primetime programs for their makeup ,surgery allegations ,false stories and accusations are made .Female politicians have seen as a suspect  that they have  given  the post because of their certain kind of favors to party leadership. These perceptions certainly overshadowed their credibility, political efforts and credentials. Media has a lion’s share in accentuating this misanthropic behavior towards women by not only highlighting, discussing but also drawing attention to such   dispensable issues related to someone’s character  which for sure should not be a  part of media content . I remember how Ali Ameen  Gandapur’s who’s the Federal minister for Gilgitbaltistan and Kashmir committee  filthy statement  about Maryam Nawaz  during Gilgitbaltistan election campaign ” Honestly speaking she’s beautiful but it’s beholden of millions she spent on surgeries that her father looted from you (Pakistani’s) during his three tenures of premiership. If I spend a jot of this amount on anyone of you ,you’ll be Bradd pitt or Tom cruise” generated outrage but still repeatedly shown by Pakistani media .This is obviously not a first time that we have seen such crass mentality,we know how PTI’s Shireen mazari scathingly called tractor trolly by PMLN’s Khuwaja Asif during his speech in parliament just for intervening in his talk.We all are  aware of Firdous Ashiq Awan’s witheringly scornful accusations on Kashmala Tariq’s character in a live tv program.Nusrat Saher Abbassi had been asked by PPP’s MPA Imdad pitafi to “Come to my chamber ” while responding to her criticism, when the heated argument brokeout between them ,that certainly had a negative connotation attached to it .Even pamphlets with Benazir bhutto’s inappropriate pictures were thrown  out of helicopters by her political rivals to defame her

To stop this storm of misdemeanor institutional intervention is necessary like Election commission and PEMRA obligate political parties and media to abstain from discussing and passing such vile comment about anyone without  gender discrimination .Our society is  already on the verge of  moral deterioration ,we as a Nation can play our part by not  gratifying and seeking pleasure in  it ,our role is requisite to elude such methods by clearly rejecting this immorality.

ANIMAL RIGHTS AND OUR IGNORANCE