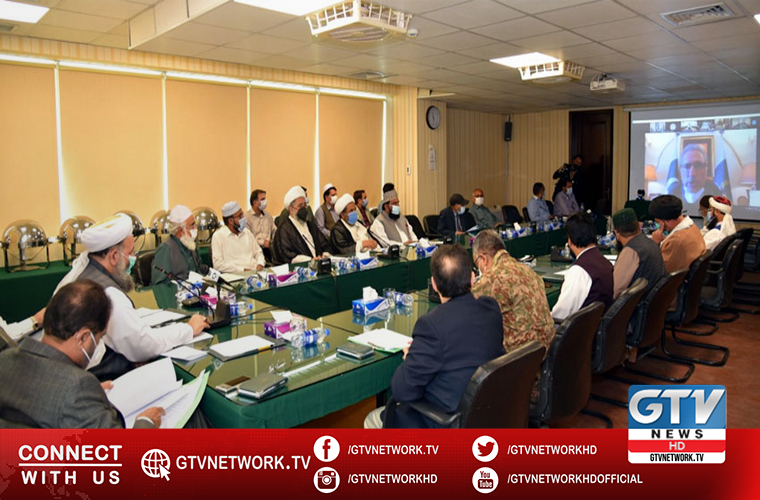 President calls for implementation of SOPs in mosques and Imambargahs.

He emphasized this while speaking at a virtual consultative meeting of Ulema and Mashaikh.

The meeting held about observance of Covid-related SOPs in mosques and Imambargahs during Ramazan, in Islamabad on Monday.

President calls for implementation of SOPs in mosques

The president urged Ulema and Mashaikh to play their role for ensuring implementation of standard operating procedures against COVID-19 in mosques and Imambargahs during the holy month of Ramadan.

Meanwhile, he appreciated the role of Ulema and Mashaikh in observance of the SOPs during the last Ramazan.

Moreover, he emphasized on implementing the same 20-point guidelines in mosques and Imambargahs.

He said the Imams and Khateebs have close interaction with the general public.

Therefore, they should create awareness about these guidelines.

The President said people above 65 years of age should avoid visiting mosques.

He also proposed observance of the first Friday of Ramazan “Juma-e-Nijat” from this pandemic.

He said the Ministry stays in contact with all stakeholders to deal with the situation.

He said the SOPs issued by the government will be implemented in all mosques and Imambargahs with the support of Aimma-e-Masajid.

The Minister said the world appreciated SOPs which Pakistan adopted. And some countries, including Turkey, also followed those guidelines.

During his virtual remarks, Special Assistant on Health Dr. Faisal Sultan noted the third wave of the COVID-19 as dangerous. Therefore, he called for following the SOPs strictly.

He further said that the government had ensure vaccination of  about one million citizens so far.

He further said they would continue vaccination programme.

They assured of following guidelines in letter and spirit in mosques across the country like the last year.

Moreover, they gave a number of suggestions to make this campaign successful.

The provincial governors and Ulema and Mashaikh from all four provinces, Azad Jammu and Kashmir and Gilgit-Baltistan attended the meeting virtually.