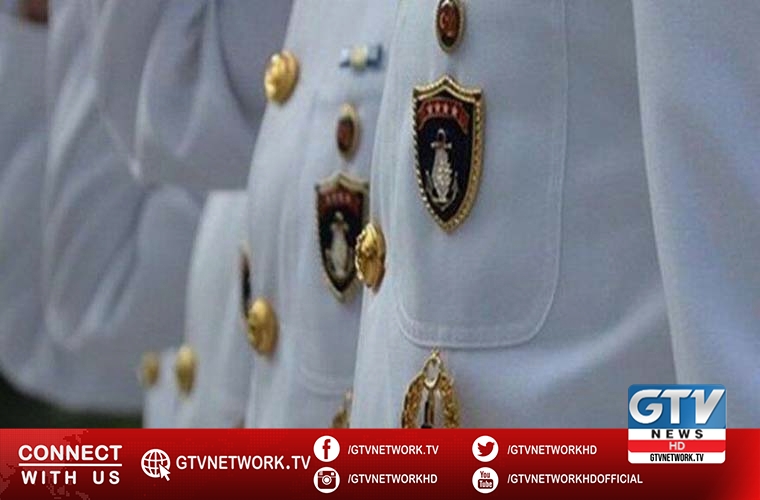 According to Arab News, Turkey detained 10 retired admirals on Monday.

The detention came after a letter which more than 100 admirals signed. They warned against a possible threat to a treaty governing the use of Turkey’s key waterways.

Prosecutors also ordered four other suspects to report to Ankara police within three days, opting not to detain them because of their age.

The admirals used their declaration to criticize the Kanal Istanbul, a multibillion-dollar artificial waterway. That connects the Black Sea to the Marmara Sea to ease shipping traffic on the Bosphorus Straits.

Moreover, the admirals also addressed the prospect of possible revisions to the 1936 Montreux Convention about control of the Istanbul Straits.

Their statement specially triggered an urgent central committee meeting of the ruling Justice and Development Party for Monday to discuss the issue in detail.

Meanwhile, Ankara’s Chief Public Prosecutor’s Office has launched an investigation into the signatories.

One of the signatories was 63-year-old Cem Gurdeniz.

He was the architect of Turkey’s “Blue Homeland” maritime doctrine. His vision gained increased popularity last year with the country’s activities in the Eastern Mediterranean.

“The fact that withdrawing from the Montreux Convention was opened to discussion related to the Kanal Istanbul and the authority to exit from the international treaties was met with concern,” the statement said.

“Kanal Istanbul will open the Montreux Convention to discussion, and will lead to Turkey’s total loss of sovereignty over the Sea of ​​Marmara.”

According to Radio Pakistan, retired admirals asserted the importance to Turkish security of the Montreux Convention designed to prevent the militarization of the Black Sea.

However, Presidential spokesman Ibrahim Kalin said, the statement had the hallmarks of a military plot to overthrow the government.