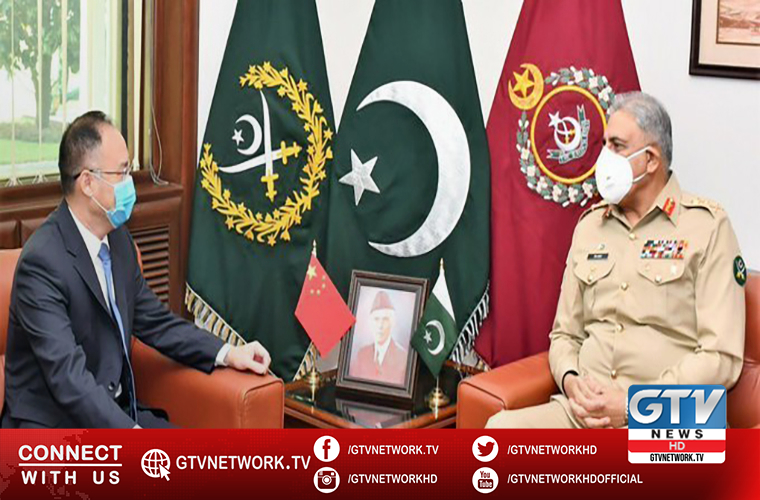 According to ISPR, during the meeting, matters of mutual interest came under discussion.

They also discussed progress on CPEC and regional security.

The visiting dignitary appreciated Pakistan’s sincere efforts for bringing peace and stability in the region.

Meanwhile, the Army Chief thanked the dignitary for China’s contribution towards fight against COVID-19 in Pakistan.

Moreover, he said that Pakistan Army greatly values its friendly relations with the China.

The meeting held at the Parliament House Islamabad today (Tuesday).

During the meeting, they exchanged views on matters of bilateral interests,

Besides, they explored ways and means for multi-sectoral cooperation.

While talking to him, Sanjrani underlined the need to further enhance cooperation and institutional support within the parliamentary spheres between the two countries.

He further said that Pakistan valued its bilateral ties with Italy and desired to further expand multifaceted cooperation in diverse fields including trade and investment.