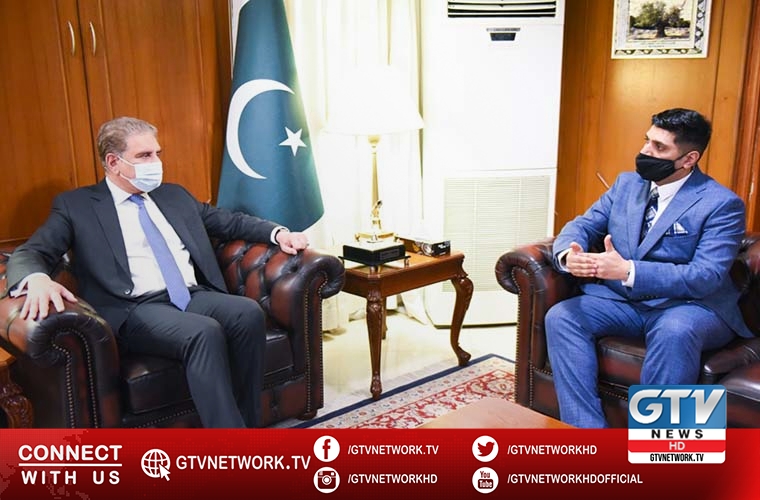 Foreign Minister Shah Mahmood Qureshi underlined resolution of the Kashmir dispute as per UNSC resolutions a must for durable regional peace.

He said this, while talking to member of British House of Lords Lord Wajid Khan. The latter called on him in Islamabad today.

The FM further said the international community including Britain should play effective role in this regard.

He said they should play role to get stopped blatant human rights violations in Indian illegally occupied Jammu and Kashmir.

Moreover, he emphasized that resolution of Kashmir dispute as per the UN Security Council resolutions imperative for durable regional peace and stability.

The Foreign Minister said Pakistan attaches great importance to its relations with Britain.

He also emphasized the need for promoting bilateral cooperation between Pakistan and the European Union in different fields including trade and politics.

Meanwhile, former Member of the British House of Lords Nazir Ahmed has urged the Muslim world to forge unity in its ranks to have an integrated stand on lingering issues of Kashmir and Palestine.

He expressed these views in an exclusive interview with Radio Pakistan‘s News and Current Affairs Channel today (Friday).

He further said inimical forces are exploiting the divisions among the Muslim countries to make them vulnerable to outside pressures.