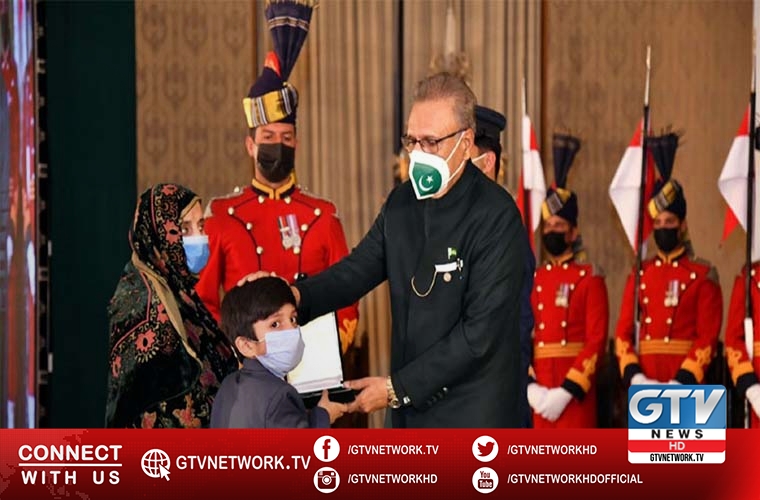 President confers 88 civil awards during a ceremony in Islamabad.

An investiture ceremony to confer civil awards on different personalities for their contributions in different fields held at Aiwan-e-Sadr.

Moreover, he conferred eight Sitara-e-Imtiaz, fourteen President’s Award for Pride of Performance and one Sitara-e-Quaid-e-Azam.

Zaiba Shehnaz (Acting) and Faisal Edhi (Public Service) were given award of Tamgha-e-Imtiaz.

The contingents of the three armed forces and the security forces will conduct march past.

As per the notifications of the Deputy Commissioners of Islamabad and Rawalpindi, the twin cities will enjoy a local holiday tomorrow due to the military parade.