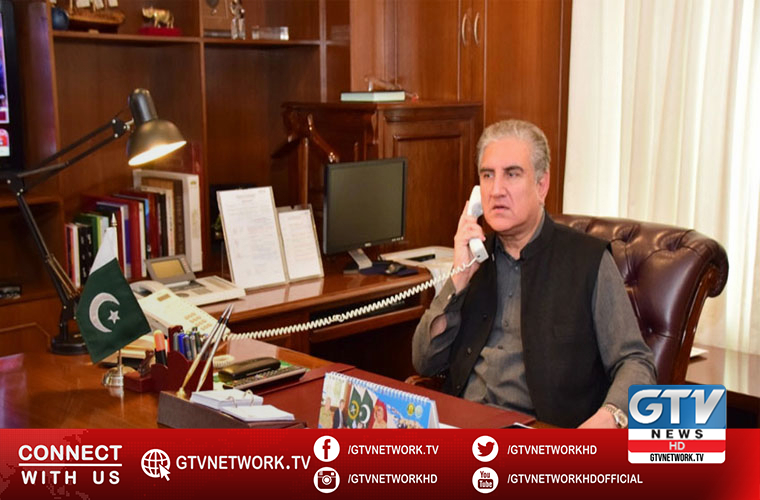 FM asks India to create an enabling environment for dialogue with Pakistan.

In a statement on Friday, Foreign Minister Shah Mahmood Qureshi made this suggestion.

He said responsibility rests with India to create an enabling environment for dialogue with Pakistan.

He said Pakistan will not shy away from dialogue if India reviews its policy and expresses readiness for peaceful solution of all issues including Kashmir dispute.

The FM recalled that soon after assuming the office, Prime Minister Imran Khan had offered to take two steps towards peace if India takes one.

He said the re-enforcement of ceasefire agreement after talks between the DG Military Operations of both the countries is a positive development.

During telephonic contact, the two sides discussed issues of mutual interest, including the pandemic situation.

Besides, both sides discussed the law and order situation in the region.

Shah Mahmood Qureshi hailed dynamic role of the UN Secretariat a testament to his leadership skills.

The Foreign Minister noted this role active UN role despite the global pandemic.

He also expressed pleasure over António Guterres’s consent for reappointment as the UN Secretary-General.

International community should not be deceived by Indian rhetoric: Munir Akram