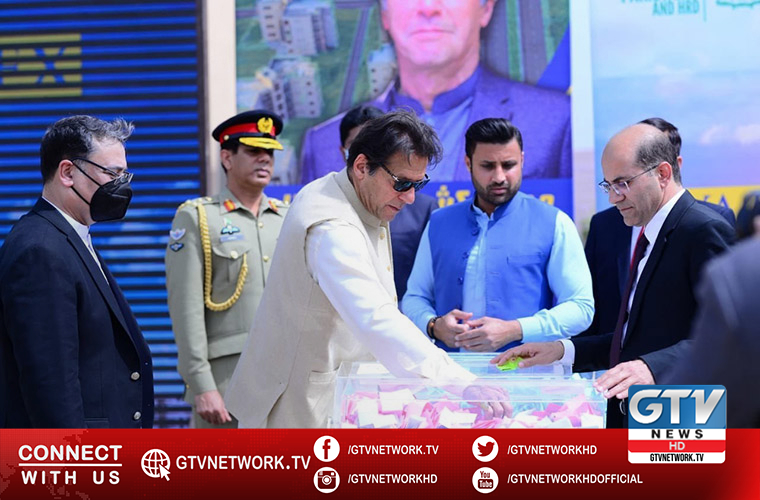 The area situated around 15 minutes drive from the Islamabad Expressway.

The multi-storey units at low-cost mortgage will provide a decent living for small families with electricity, natural gas and water supply.

Moreover, the PM expressed the commitment to uplift the weak and underprivileged segments of the society.

He also addressed the a ceremony aimed at allotment of houses and flats to working class under Naya Pakistan Housing Program. 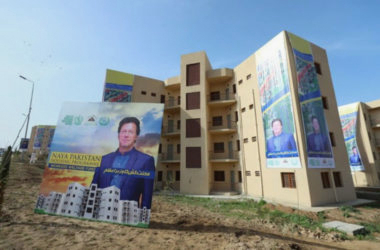 The PM noted it very difficult for the salaried class, workers and laborers to construct or purchase a house in the cities due to soaring prices of land.

He said the government has started Naya Pakistan Housing Program with a new mindset to provide support to these segments of the society to own a house.

He pointed out that the government has introduced a legislation under which the banks will provide loans on 5 percent interest rate for the construction of houses.

Furthermore, he said the banks have promised to set aside Rs 380 billion for this purpose.

He directed the State Bank of Pakistan to ensure that these loans remain easily available to the people.

He said that the loan-receivers may repay these loans over a period of twenty years.

The Prime Minister assured to allocate more funds for the housing program with the increase in the revenue of the government.

The allocation aims to enable the working and the salaried class could build their houses.

Imran Khan said noted a boom in the construction industry due to the incentives which by the present government has given.  He further said this will not only lead to wealth creation but also provide job opportunities to the youth.

He said in the first phase of this project completed by Workers Welfare Fund, 1008 flats and 500 houses have been constructed.

He further noted the flats and houses given to the workers on the basis of proprietary rights.

The Prime Minister announced construction of 1504 more units during the next phase.

He noted this project as the beginning of providing low cost and affordable houses to the weak segments of the society.