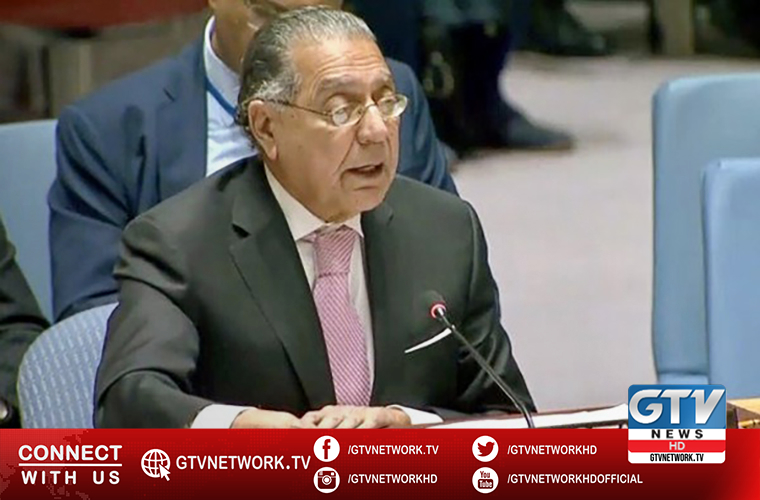 Special Representative to the United Nations Munir Akram said this.

He stated this in a statement at UN Security Council.

He stated in Indian Illegally Occupied Jammu and Kashmir (IIOJ&K), people have suffered an economic loss of over five billion dollars since military siege imposed on August 5, 2019.

He further said Kashmiris had orchards of apples but they could not send out the produce to buyers.

Munir Akram also noted conflict as a major source of food insecurity across the globe.

The ambassador further said Kashmir has become criminally trapped in the same situation.

He said there has been a continued presence of a large number of Indian military forces making it almost impossible for Kashmiris to go about daily life without the threat of harassment or checks.

CNG stations reopened for 12 hours in Sindh including Karachi