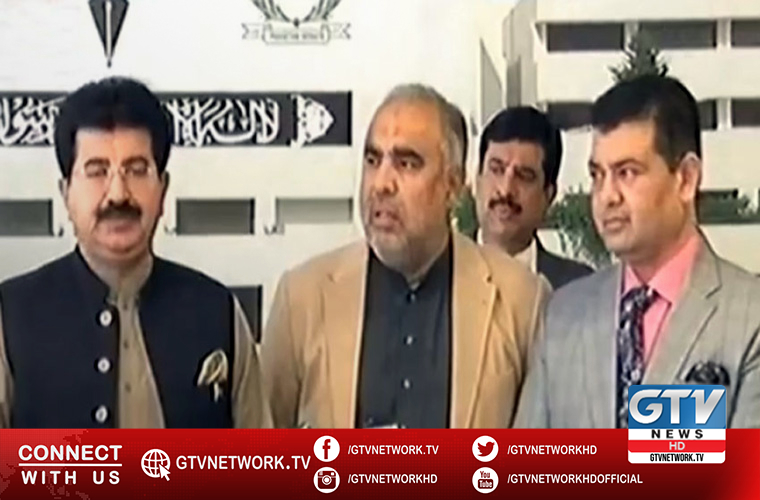 Sanjrani to meet every party during campaign for senate chief election.

Sanjrani to meet every party during campaign

He said that he will approach every political party as part of his election campaign for reelection as Chairman of the Upper House.

However, he emphasized that our focus should remain on strengthening parliament and democracy no matter who wins.

He strongly rejected the opposition’s allegations regarding the number of votes poll for Prime Minister Imran Khan in the vote of confidence.

Moreover, he said we have to promote democratic norms and should not lose the moral ground.

The Speaker said he has constituted a committee comprising members from both the treasury and opposition benches to probe into the unpleasant incidents that took place both inside and outside the parliament house.

He said the incumbent chairman Senate Sadiq Sanjrani would win the slot again with clear majority.

Shibli also lauded him as a visionary and dynamic politician.

Furthermore, he said the Pakistan Tehreek-e-Insaf has nominated Sadiq Sanjrani for the top Senate slot.

Because, the PTI sees him a man of credibility.