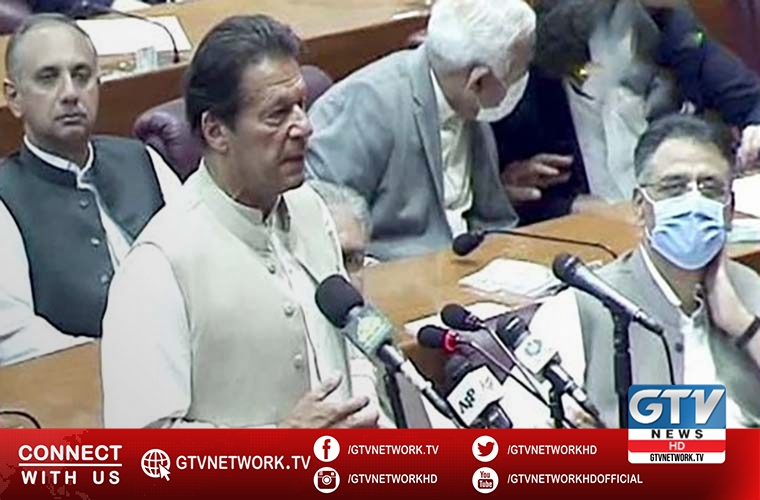 The PM shared his views, while speaking in the National Assembly on Saturday.

Earlier, the majority of the members voted in favour of the resolution of confidence in Khan’s leadership.

Imran Khan vowed that the government has decided to bring electoral reforms to ensure complete transparency in elections.

He further announced introducing electronic voting machines so that nobody could raise fingers on the credibility of the elections. He said that would make the results are acceptable to all.

Moreover, the PM said underlined it it their effort that the Overseas Pakistanis also get their right to franchise.

He also expressed apprehension over the malpractices in the recently held Senate elections.

Furthermore, he asked the Election Commission of Pakistan to get briefing from the agencies in this regard.

He called for ECP’s briefing with the agencies to ascertain purchase of votes through how much money.

However, the PM made clear that his concerns on the Senate elections not aimed at doing away with the independence of Election Commission of Pakistan.

According to the ECP spokesperson, the Election Commission of Pakistan will conduct hearing of the issue of leaked video.